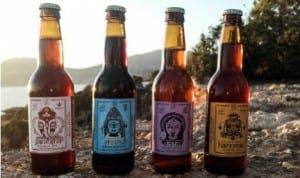 A SPANISH micro-brewery has been slammed for picturing Hindu gods on its labels.

The Ibosim Brewhouse in Ibiza has come under heavy fire for its IPA range, named after the deities.

Head of the Universal Society of Hinduism, Rajan Zed, has labelled the beers – named Shiva, Kali, Ganesha and Hanuman – as ‘very disrespectful.’

“Lord Shiva, goddess Kali, Lord Ganesha and Lord Hanuman are highly revered in Hinduism and they are meant to be worshipped in temples or home shrines and not to be used in selling beer for mercantile greed,” Zed said. “Linking these deities with an alcoholic beverage is very disrespectful.”

The brewery has since apologised for any offence caused and said that production of the range has been discontinued.

The Sport Events That Generate the Most Bets