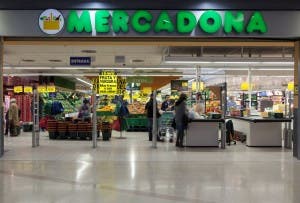 A GUNMAN has opened fire in a supermarket in Spain.

The attacker, who was reportedly carrying gasoline and gunpowder, walked into the Mercadona in As Lagoas in Northwest region of Ourense.

He opened fire into the air, causing nearby emergency services to swoop into the building.

The young man, who lives next door to the shop, is said to have psychological problems.

Luckily none were injured during the attack, which happened at around 2pm, but many were left shaken.

An employee told press of how he shouted the Arabic phrase for ‘God is great’ before he opened fire, but that claim has since been refuted by staff of the store.

Witnesses said there was panic and screaming before nearby officers shouted at them to move out of the way.

The attacker reportedly shot at police officer Carlos Perez, 38, who revealed he had to wait for back up.

Cops were able to detain him after he ran out of ammunition.

EXCLUSIVE: A shocking photo has emerged of a gunman allegedly taking out a gun in Marbella disco