THE sprawling Marbella mansion once owned by the late music legend Prince is seemingly impossible to sell. 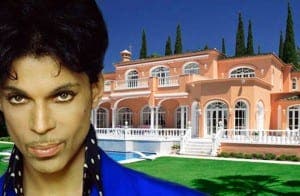 The enormous 13-bedroom palace in Paraiso Alto – which appropriately comes with a recording studio and impeccable manicured gardens – was put on the market in April last year for €5.25 million, but it has failed to drum up enough interest.

Prince, who died of an overdose last year, fell in love with the Costa del Sol after performing in Marbella in 1990.

He is thought to have written many of his inspirational songs at the stunning estate. The wedding gift from the famous singer to his former Puerto Rican wife Mayte Garcia in 1998 also counts a gym, pool and tennis court.

The property is listed with agent Engel and Volkers.