TRIBUTES have been paid to a ‘wonderful’ cystic fibrosis campaigner who has passed away.

The family of British expat Becky Baker of Coin, who had the lung condition, has been left ‘overwhelmed’ by the volume of tributes to her they have received.

Becky, 32, who passed away at the Carlos Haya Hospital in Malaga due to suspected linked kidney failure, had been campaigning in Spain for the legalisation of a pioneering US drug called orkambi.

She also raised thousands of euros for research and provided support to many people also living with the condition through her website See Off CF Spain.

“We have been overwhelmed by the response we have received from people with cystic fibrosis that Becky became friends with,” said Ken Spencer, who moved to Spain with Becky and her mum Sarah Spencer from Somerset 20 years ago.

“We didn’t realise how many people she supported by talking to them on an almost daily basis while battling the disease herself.

“We are in the process of creating a memory book filled with all these lovely comments as something to remember her by. 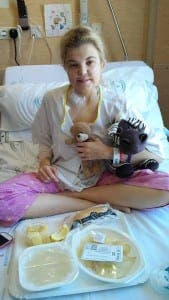 “Becky was a one-off. She could illuminate a room and was a wonderful, vivacious girl who loved life and lived it to the full.

“Her passing will have left a big hole in the hearts of many.”

“When everything has settled down we would like to set up a trust fund which will expand on the fundraising she has already done,” said Ken.

“We want to stage a European-wide campaign so we can badger governments to take more action on cystic fibrosis.

“Becky always wanted to go to Italy so we plan to go there first and leaflet before doing the same in every other European country.

“Her legacy will hopefully be to see a cure found so that others do not have to suffer in the future.”

To find out more about Becky’s fundraising or to make a donation to fund research into cystic fibrosis, go to www.seeoffcfspain.com/85288098

Staff Reporter - 16 May, 2022 @ 09:27
Important Things You Must Know About Online Casino Bonuses Casino bonuses are one of the most appealing giveaways that online gambling sites use to attract...

Parents pimp out underage daughter for €100 to have sex with man, 78, in public park in Spain’s Valencia...