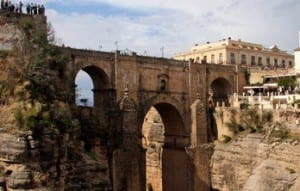 Landsbanki, which filed for insolvency in Spain in March, attempted to foreclose on the woman and her husband, but its recent Ronda court case has now stalled.

It is thought around 350 Spanish-based mortgage holders, many of them British, have lost an average of €5-600,000 each in the same scheme.

The schemes, which allowed pensioners to borrow 100% of the value of their homes, have been banned in the UK since 1990, but were sold to Britons abroad in the early 2000s.

“The couple in Ronda is one of the worst cases I have seen. There is zero heart being shown,” said Antonio Flores, representing lawyer from Lawbird in Spain.

“They came to Spain and bought a house worth €500,000. When these mortgage loans were taken out they massively overvalued the properties and gave them an €800,000 loan.

“They tried to foreclose on the couple, we asked the Spanish Prosecutor Service to represent her because she is incapacitated.”

The unnamed British woman signed the equity release scheme while suffering from dementia in 2005.

The Icelandic bank, whose officials face a criminal trial in Paris over the failed scheme, posted its insolvency adverts in a Spanish newspaper this month.

Landsbanki collapsed at the start of Spain’s housing crisis in 2008.