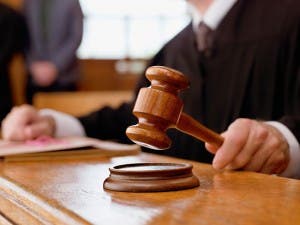 LAS Palmas’ Russian consulate attorney asked on live TV whether xenophobia is to blame for the unjust treatment of a Russian-Jewish family held in pre-trial detention on unclear charges.

Mr. Jose Antonio Penichet posed the question on Spanish national television about the Spanish entrepreneur of Russian-Jewish heritage Vladimir Kokorev, 66, who, with his wife and son have been detained for 18 months with no case file, expectation of a trial or formal accusation.

Media outcry erupted when a tape of a conversation between judges Salvador Alba, Emilio Moya and Carlos Vielba was uncovered by Spanish newspaper Canarias 7.

So far neither Spanish courts nor the Spanish Ministry of Ju

stice made steps to identify and publicly name the judge who made offensive remarks.

“I am confident that if Vladimir had a Spanish family name, he would have not suffer the same treatment,” said Mr. Penichet, pointing out that Kokorev, who has no criminal record and voluntary consented to extradition to Spain, had suffered a heart attack, minor stroke and prostate cancer.