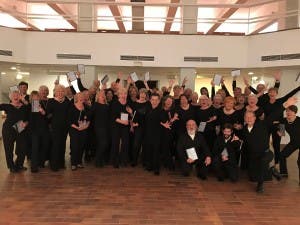 AN expat choir hit the right notes at an international festival.

The La Vinuela group was chosen as one of only four from Spain and beyond to perform Mozart’s Requiem with the Granada province orchestra.

Following from their performance, the choir has invited new members to join and take part in upcoming festivals around the region.

Alex Trelinski - 18 Jan, 2022 @ 16:55
A Bilbao-based Chinese prostitution gang that banked an estimated €5 million has been smashed by the Policia Nacional. 63 people have been arrested- 61 of...