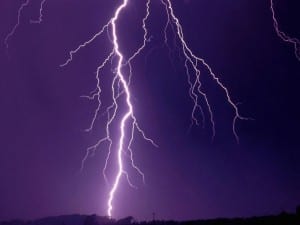 A 58-YEAR-OLD has died after being struck by lightning in the Granada province.

The mayor of the town, Josefa Caballero, announced three official days of mourning to honour the much-loved father and husband.

The incident occurred during a storm in Guadahortuna, while the man, who has not been named, was checking the effects of the storm on an almond tree.

He tried to return to his vehicle but sadly passed away after being hit by lightning.

The health services arrived shortly after, but there was nothing they could do.

His body has been transferred to the Institute of Legal Medicine for an autopsy.