SCORES of British holidaymakers have been left furious after discovering their hotel in Mallorca is not ready for guests.

The AluaSoul Mallorca hotel, in Cal d’Or, was allegedly due to open on May 1, but fell behind schedule, forcing holiday companies to scramble to find alternative accommodation for arriving tourists.

Some holidaymakers claim they were only told that their hotel wasn’t ready once they had arrived on the island. 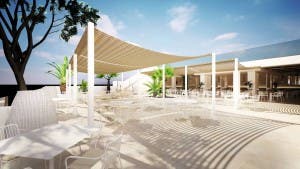 Others who are due to fly out in the early hours of the morning claim they still have not been contacted by holiday companies, including Thomson.

One customer wrote on Facebook: “This is disgusting. We leave for the airport in the morning at 5am.

“No one at all has contacted me with regards to this holiday. It is ridiculous I hope you will be offering compensation for all the upset.”

Another received a call the night before she was due to fly out. 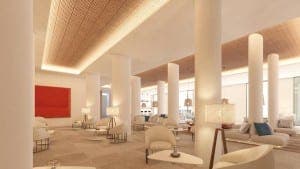 “I got my call at 5pm last night and I was due to fly out at 3pm today, it’s appalling!” she said, “They offered us a place in a lesser rated family hotel – we said no and so they said the only option was to cancel.”

Others described scenes of holidaymakers being left in tears.

“I arrived on May 2 to be transferred to a family hotel after contacting Thomson’s and the hotel who both assured me it would be open May 1,” one lambasted, “Disgraceful customer care, numerous people in tears today, you ought to be ashamed of yourselves.”

Thomson Holidays has told its customers: “We would like to apologise for the disruption caused to our customers due to an unforeseen delay to the opening of the AluaSoul Mallorca.

“Any affected customers will be contacted directly by our Programme Change team as soon as possible.”

It added that it would be contacting holidaymakers in order of departure date, and that those who send a private message should receive a reply in two hours at the latest. 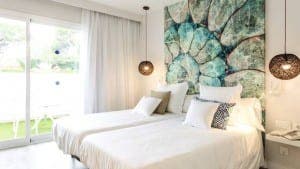 The four-star adult only hotel promised ‘five pools, a trio of restaurants and a spa – along with a beachfront location’.

Its current room rate is listed at €253 per person per night for half board.