IT’S a country famed for its paella and patatas bravas.

And let’s not forget that distinctive crimson spice, paprika, that gives many of its dishes their fiery edge.


But Spain isn’t famous for its dishes in isolation – many of the country’s top restaurants are being voted among the best in the world by both critics and diners.


This year, the World’s 50 Best Restaurants cites three Spanish establishments in its top 10.

Not surprisingly, four are found in the Basque Country, a region glittering with the highest concentration of Michelin-starred restaurants per capita in the world. 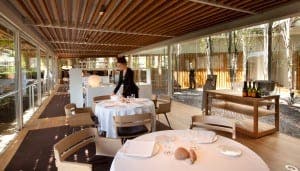 Opened in 1986 by sibling duo Josep and Joan Roca who describe it as a ‘free-style restaurant committed to the avant-garde’, it’s rooted in family values. The pair learned to cook from their mother and grandmother from a young age before graduating from Girona catering school, and in 1998 their youngest brother, Jordi, completed the trio.

The restaurant has been awarded three Michelin stars, but most important for the Rocas is that their diners are happy with the food. And there’s no doubting that is the case. 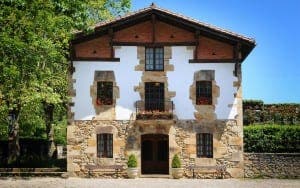 Sixth place on the World’s 50 Best list goes to this Basque Country restaurant whose focus on unique barbequed dishes packed with flavour has attracted well-earned attention.

Run by Victor Arguinzoniz, the restaurant features custom-made equipment which allows chefs to chargrill anything from porcini mushrooms to caviar. Firewood is carefully selected to work in harmony with the local produce, resulting in a truly one-off culinary experience.

Placed a respectable ninth on the World’s 50 Best list, the restaurant’s repertoire is described as techno-emotional Spanish. Why? Because it’s a sensory as well as a culinary experience. A three-hour dinner consists of some two dozen creations which weave a tapestry of stories and emotions with ‘flavours, textures and aromas that you can enjoy and feel using your hands to stimulate all the senses’.

The brains behind the business is award-winning chef Andoni Luis Aduriz, whose experimental cooking has earned him a rebellious reputation. But many would agree that breaking the rules creates the most interesting works of art.

TripAdvisor’s current list of the 25 best fine dining restaurants places Martin Berasategui in northern Spain at number one. It’s named after the owner who has the most Michelin stars in the whole of Spain – seven in total!

Berasategui trained as a pastry chef in France at the age of 17. He earned his first Michelin star at 25.

His Spain restaurant has garnered some excellent reviews – ‘outstanding’, said one. ‘God exists on this earth’, said another. If that doesn’t give you an idea of the calibre of food to expect here, nothing will. 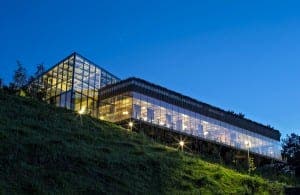 Yet another delicious reason to visit the Basque region, placed second on Elite Traveller’s list and tenth on TripAdvisor’s. Ultrasound – used to alter the texture of food – is just one of the avant-garde techniques pioneered by Eneko Atxa since opening in 2005. One gobsmacked diner described their experience as ‘a meal of a lifetime,’ while another eulogised ‘incredible experience – nothing like it in the world.’

Elite Traveller rates the Pigeon, Duxelles and Cauliflower as the most exceptional dish.

The glass and steel building housing it is equally impressive thanks to photovoltaic solar panels, a geothermal electrical system and an electric car charging station. 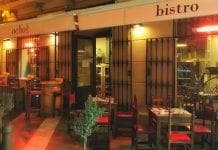