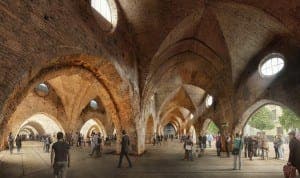 ANDALUCIA has confirmed its status as a world-class filming destination after a bumper year.

The diverse region became the backdrop to 1,336 films during 2016, the highest amount in 10 years.

Games of Thrones, which was part shot in Sevilla’s Alcazar palace, Spanish adventure film Oro and The Trip To Spain were just some of the cult films and programmes which boosted the total of film shoots by 10% on the previous year.

In the process, they pumped 118 million into the region’s economy, while giving 15,500 people employment.

Francisco Javier Fernández, the Junta’s councillor for tourism and sport, revealed the good news, which he said also cemented the region as a leader in ‘cine-tourism.’

“Our collaboration with the Andalucia Film Commission has ensured our results are the best in a decade.

“The importance of the industry has also stimulated the economy and generated employment for the community.

“And as we have learnt from portals such as Tripadvisor, we have seen a very significant increase in searches for holidays in areas which were used as the backdrop to films and series such as Game of Thrones.”