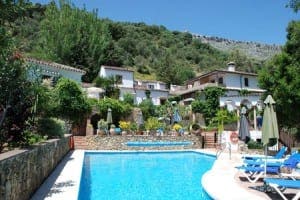 AN expat-run hotel is celebrating an amazing three decades in business.

Molino del Santo, in stunning Grazalema Natural Park countryside, has picked up many awards over the years, including Best Countryside Hotel in Spain and Most Romantic Hotel in Spain.

The rural boutique hotel, in the village of Benaojan, close to Ronda, was set up by British owners Andy Chappell and Pauline Elkin in 1987.

The pair, who both trained as teachers back in the UK, fell in love with the historic former mill, which sits by a raging river.

Chappell insisted that part of the business’s success is down to trying new things. 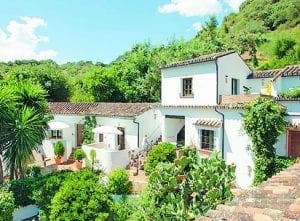 “A hotel is never boring and the range of knowledge and experience encountered day in and day out is impressive,” he said.

“Apart from sampling delicious local food and wine, we have also tried numerous activities to be able to recommend them to guests.

“We have tried everything from hot air ballooning to guided walks and from horse-riding to cork-cutting, the list goes on.”

Since moving to Spain to follow their dream the pair have had two daughters Carme and Rossi and turned the restaurant into easily one of the region’s best.

There have been numerous celebrity guests, such as Jamie Oliver, while current Lib Dem leader Tim Farron even had his honeymoon there.