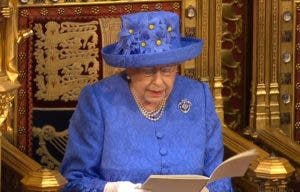 THE Queen of the United Kingdom’s outfit looked a little familiar to some as she opened parliament today.

“Is it me or is her Maj sporting a euro flag on her head?” one viewer said.

While the Queen remains neutral on political topics there has been debate since the referendum what her view would have been.

One person remained convinced on the issue, saying: “I like how the Queen’s hat looks like an EU flag. Always knew she was a remainer.”

The Palace has yet to comment on the look.

Alex Trelinski - 24 Jan, 2022 @ 18:06
POLICE are investigating the theft of two Salvador paintings from a Barcelona apartment. The Mossos d'Esquadra were contacted on Sunday afternoon by the home owners. They...