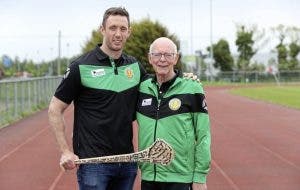 A 79-YEAR-OLD Irish golfer is going for gold at the World Transplant Games in Malaga.

Kidney transplant recipient John McAleer, from Jordanstown, will compete in the Golf Singles and Golf Team events at the games, which begin on Sunday.

He hopes to win the gold medal while raising awareness of the importance of organ donation.

The former Ulster University Lecturer has a proven track record as a high-level athlete with the Irish Transplant Team.

While it is his first World Transplant Games, he has already competed in the European Transplant and Dialysis games in both Dublin and Zagreb as a dialysis athlete and then in Poland and Vantaa, Finland, as a transplant recipient.

His medal haul from those outings amount to a gold, two silvers and two bronzes.

John was playing golf three years ago when he received a call for a life-changing kidney transplant, some 15 years after he was diagnosed with failing kidneys.

“It was my who GP picked up on it and told me that at some stage my kidney would fail. In 2008, the beginning of that year, I had to start dialysis,” he told The Irish News.

“I was on dialysis for about four and a half years and, given my age, I didn’t really expect that I would get a transplant. I went to the hospital and woke up the next day with a new kidney. One of the things I always think about is the generosity of the donor. I don’t know anything about them other than this is what they committed to.

“I’m amazed at the whole thing; the idea of transplanting organs is an amazing achievement. People think of big things like going to the moon – I think transplanting organs between humans is beyond that and when you think of the knowledge, care and social commitment to do such things, it’s mind boggling.”

The World Transplant Games is a biennial event in which only transplant recipients can take part.

More than 2,000 participants are expected at this year’s games in sports including athletics, badminton, swimming, 10-pin bowling and darts.