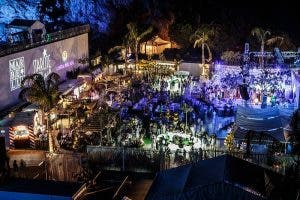 MARBELLA town hall has announced plans to declare Starlite as a ‘festival of municipal interest’.

It is also planning to ask the Junta to extend the occupation at the old quarry of Nagüeles  for another ten years, which will guarantee a decade future editions of the music festival.

According to the new mayor, Angeles Muñoz, the purpose of these plans statement is ‘to recognise the uniqueness of the festival, complying strictly with the current legality, and to put down immediate foundations for Marbella to continue to maintain the right to use the natural enclave in which Starlite is developed “.

She said in a statement that ‘Marbella can not allow meaningless controversies about an event that, beyond its cultural offer, contributes without any doubt to the international projection of our city.’

The municipal executive will take the proposal to extend Starlite in Marbella for the next ten years  to the local government board today.

Alex Trelinski - 9 Dec, 2022 @ 15:45
THE leaders of Spain, Portugal, and France have agreed on a €2.5 billion plan for a green hydrogen pipeline that should become operational by...