A BRITISH law student was found dead in a Spanish hotel room after five bags of ecstasy tablets exploded inside her stomach, an inquest has found.

‘Gifted’ student Rebecca Brock, 18, was discovered in a pool of blood in Ibiza after travelling there for a friend’s birthday – where her mother believes she was forced to swallow the bags and to become a drugs mule.

Nottingham Coroners’ Court heard how staff at the Hotel Marco Polo found Rebecca unresponsive in her room on September 28 2015.

Spanish cops launched an investigation after discovering the amount of the Class A drug found in her system was ‘double the level’ of a normal fatal dose.

“They said it would probably have been four hours before something happened.”

Margarita Brock told an inquest how she thinks her daughter was forced to swallow the drugs. 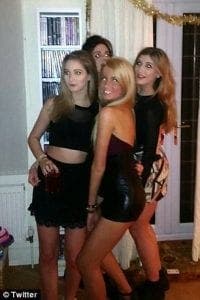 She said her daughter would not have willingly taken the pills because she was unable to swallow tablets.

While her daughter had openly talked about experimenting with cocaine in the past, mum Margarita did not think she would’ve taken so much ecstasy in one go.

She said during the inquest: “She tried cocaine with people she knew and people around her she knew.

“It was my understanding that there had been found material removed from her abdomen. It was described as a body pack.

“The medical examiner there said there had been a bag exploded.”

Her mother told the court that she hated and always tried to avoid swallowing medication pills, meaning swallowing bags would have been awful for her. 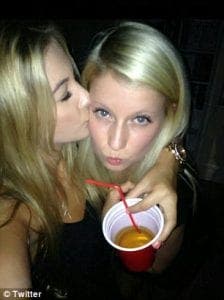 “She wouldn’t take any pills easily – I can’t imagine that getting in her body at all.

“If she didn’t have to take a pill she wouldn’t do because she couldn’t swallow it.

“I can’t see any other way than someone making that happen.

“Becky would tell me difficult things – she was quite open about the drugs, it was the weight issues she was less keen to talk about.”

Toxicologist Dr Stephen Morley said Becky had been dead for two days by the time she was found.

He said traces of alcohol and a ‘potentially fatal concentration’ of ecstasy were found in her body.

He added: “The Spanish toxicologist detected 0.54g per litre of alcohol in Becky’s system.

“It would be consistent with Becky having a few drinks on the evening of September 22.

“There is certainly evidence of a broken bag.

“She would have died around half-an-hour from when (ecstasy) entered her blood stream to when she died – that is working on the assumption that she has never taken it before. 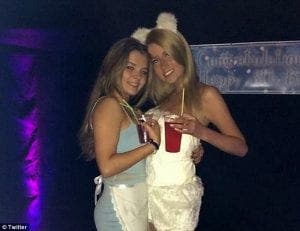 “She would probably begin to feel very unwell.

“There was evidence of an acute MDMA dosage – a potentially fatal concentration.

“The most likely cause of death is ecstasy toxicity. The level of MDMA was double the reported fatal level.”

Pathologist Dr Derek Robson added: “The blood next to her head doesn’t lead me to believe she suffered trauma.

“It is likely that death occurred a few hours after the package burst.”

“Becky was an engaging young person, was extremely sociable and had many friends including many sustained friendships.

“I’m also aware she established friendships in short periods of time. She had a close relationship with her family – especially with her sister. 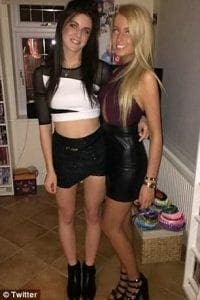 “She had parties at her house where friends would come and go. She was an independent young woman, she was only 18 when she went to study abroad.

“She was a very gifted young woman – academically gifted. She didn’t seem to struggle with exams and school work.

“She did have some issues relating to her physical health. She had some body image issues, undergoing other possible conditions.

“She was diagnosed with irritable bowel syndrome in 2015. There was a remarkable, significant loss of weight in the summer of 2015.

“Outside of school she enjoyed dance, drama and singing – she had high expectations of herself.

“In July 2015 she had gone to Ibiza and she went again in August – so September was the third trip.

“In July when she attended with her sister, Anika, she did try cocaine – this was not unusual for young people going to Ibiza.

“Her sister had not taken up the offer of cocaine. The reality is in July she had experimented.

“The trip to Ibiza in September, Becky had been taken to university in Holland and she was keen to experience the closing down parties and end of season parties.

“She had two friends, Hannah and Ellie, celebrating birthdays in Ibiza. I don’t believe Ellie was aware Becky was in Ibiza. 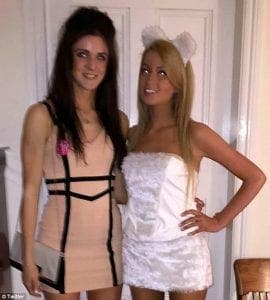 “How these bags were in her stomach we will never know.

“On this trip to Ibiza nobody actually saw Becky take drugs at the time – that is my understanding. What is plain is that nobody can give an explanation as to how this came into her system.”

Nottinghamshire coroner Mairin Casey added: “We remain, sadly, without some information that is particularly significant to the family and indeed for me.

“On September 22 Becky flew to Ibiza from the Netherlands – it was something she had organised herself.

“She was captured on CCTV imaging and it is clear she had checked into her hotel.

“On her arrival Becky had various communications.

“(Becky and her friends) planned to meet on the night of September 22 and they went to a club – with many of them socialising together.

“She didn’t have any contact with anyone after September 23.”

The coroner concluded: “The evidence given (by the experts) was extensive and today I rely on their reports to make the following findings.

“I find that no other substance was found in her body that could have contributed to her death.

“I find that she had not taken alcohol other than in a moderate amount. There was no evidence of a form of assault.

“I find it impossible to say how a pack or packs were ingested. How these bags were in her stomach we will never know.

“It is like that Becky became unwell and confused and most probably died a short time thereafter.

“It is not possible to say whether she would have been conscious or not.

“The conclusion I arrive at is this is a drug related death.”