THE Catalonian separatists’ independence adventure has ended in economic failure.

Two Catalan banks no longer have their HQ in the region, following Banc Sabadell and Caixa’s hasty departure to pastures new – Valencia – and they’re not alone.

Fearing massive loss of clients and being left out of the protective umbrella of the EU, hundreds of companies are following suit in what could be, potentially, an unprecedented financial debacle for any European country or region.


But rather than macroeconomics, what interests me is the potential hundreds of foreign investors with private contracts exchanged for property in Catalonia that have been caught in the middle of this nightmare. What are their options? Should they proceed, or wait? Can they rescind and recover their down payment, or must they complete or lose their deposits?


We can confirm, almost without the margin of error, that no contract signed for any property in the Catalonian region would include a ‘political unrest’ get out clause. You can probably say the same for any EU country. Unfortunately, political unrest is exactly what is happening in the region, as confirmed by the Foreign and Commonwealth Office in a recent warning to travelers.

So, without contractual stipulation to the contrary, it appears that those who deem the situation uncertain, to say the least, don’t have a remedy under Spanish law…or perhaps they do.

The principle clausula rebus sic stantibus  (Latin for ‘things thus standing’) is the legal doctrine allowing contractual undertakings to become inapplicable because of a fundamental and extraordinary change of circumstances not envisaged by the parties.

It is essentially an ‘escape clause’ that makes an exception to the general rule of pacta sunt servanda  (‘promises must be kept’) and favor contractus (‘conservation of contracts’).

For instance, the hotel chain Accor persuaded the Supreme Court that the 2008 crisis impacted tourism so dramatically that a 29% reduction in the rent for a hotel was acceptable.

Similarly, a couple who had specifically intended to finance the final payment on an off-plan property and were left ‘high and dry’ by banks following the onset of the worldwide financial crisis, were granted remedy.

Still, the Spanish Supreme Court remains cautious when applying the clause and recommends a case by case analysis of each contractual scenario.


As for the buyers of Catalonian-based property, we suggest a wait-and-see approach as the next days, if not weeks, will hopefully relax the political turmoil and allow for safe decision-making.


Would you like to expand your business to another country? Check out this guide about forming a company in Romania! 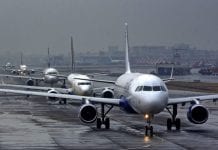 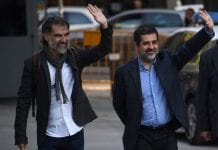 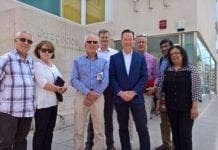