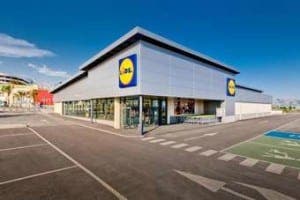 A SPANISH supermarket has fired one of its employees for working too hard.

The Lidl in Barcelona fired the worker, named Jean P, because he turned up to shifts an hour early to prepare the store for visitors.

The man has worked at the branch for 12 years but the store received complaints from other employees who were starting to get annoyed by his early bird drive.

His termination notice read ‘for very serious labour breaches’ saying he had ‘made orders, changed prices or replenished entire pallets of items.’

CCTV footage showed Mr P turning up at store at 5am spending ‘between 49 and 87 minutes’ prepping the store without signing in for his shift.

According to company policy this broke their strict rules about paying every employee for the exact amount of time they worked.