CRIME lynchpin Tolo Cursach is being transferred back to prison in Palma… but he won’t get bail.

It comes after the judge in his corruption case ruled that the ‘king of the night’ was a big flight risk.

He also insisted the nightclub boss could also put the safety of various witnesses in danger.

The Judge added that various witnesses, including civil servants and police were in his payroll and said he had sufficient financial resources to flee.

Cursach’s family and lawyers have been arguing for bail due to health reasons.

It comes after one protected witness in the case claimed police offered her money to leave Spain.

She claims two National Police officers came to her home in September and asked for her passport.

The reason for the visit was ‘to give me airline tickets and money to leave Spain to not testify in the Cursach case’.

She added that she was later approached by two other officers following a job interview.

One officer verbally threatened her, she says, telling her she was ‘in a circle she doesn’t know how to get out of and it will cost her a lot’.

Cursach, who faces 15 charges including homicide and corruption, vowed to ‘destroy’ rivals in any way possible.

The owner of nightclubs, including Titos and BCM, paid a witness 3,000 euros to lodge complaints with the police and town hall about noise from rival club Level.

He also had raft of civil servants and politicians in his pocket, including Mallorca tourist boss Pilar Carbonell. 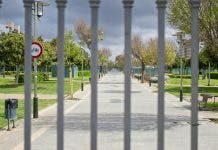 SPECIAL DISPATCH: Life during coronavirus lockdown in Spain’s Palma de Mallorca – Why the spirit of the island reigns supreme 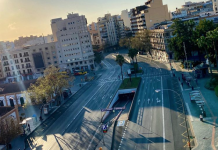 ‘At least a dozen’ cafes and bars open in Spain’s Mallorca while eerie silence fills Palma as police step up patrols on those defying...