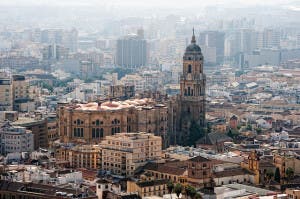 MALAGA and the Costa del Sol have had the best tourism numbers for an October since records began.

The month saw 530,635 tourists stay at hotels in Malaga province, bringing the total for the first ten months of the year to 4.79 million.

The figure is a rise of 0.9%, driven mainly by foreign visitors.

National tourists have decreased their overnight stays from 4.9 million last year to 4.4 million this year.

Meanwhile, the amount of foreign tourists enjoying one night stays has increased by one million from 12.75 million in the first 10 months of last year to 13.74 million this year.

Overnight stays in Malaga accounted for 40.7% of hotel nights for the whole of Andalucia.

President of the Costa del Sol tourism council, Elías Bendodo, said Hotel occupancy was at an average of 66.8% last month.

“This data encourages us to continue believing in the diversification of tourism,” he said, “it shows how well we can manage the seasonality of a destination that until recently was exclusive to the sun and beach.”

In the case of Malaga city, tourism has already exceeded the numbers of travelers and overnight stays for the whole year 2016 after growing by 13.2% in October.

Malaga, once again, was the ‘city destination’ that registered the highest increase in visitors in the country.

Last month, a total of 122,040 travelers stayed at Malaga city hotels, which generated 218,486 overnight stays, a figure that even exceeds that of August last year.

The Tourism Department said Malaga continues to lead the growth of Spanish city destinations, ahead of Zaragoza, Palma de Mallorca, Barcelona and Madrid.

Travelers from other countries remain mostly in hotels, although this is growing slower than in other years due to the rise of Airbnb and holiday rental websites.