In an effort to reinstate a local government in the financial powerhouse, Rajoy has said that a vote to elect a new president must take place within 10 days of the parliament convening on the 17th.

Although political analysts say electing a new president may take months to materialise.

“I hope that as soon as possible we will be able to have a Catalan government that is open to dialogue and able to relate to all Catalans, not just half of them,” Mr Rajoy said in an end-of-year address to the nation today.

It follows hot on the heels of the result of the December 21 election, which Madrid deemed illegal, where a grouping of separatists headed by ousted Catalan President Carles Puigdemont regained a slim parliamentary majority. 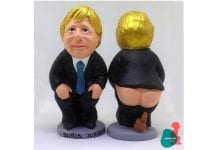