A MALAGA man has been sentenced to 12 years for sexually abusing his niece over a six year period.

The abuse started when she was just 10 years old after the uncle moved in with his sister and mother of the victim.

He must now pay the girl €30,000 in damages and must not communicate with her for 10 years while enrolling on a sex education and training programme.

The court heard how the uncle ‘took advantage of the trust that living with girl had awarded him’ and that he would ‘wait until they were alone in the house and take her to her room to abuse her.’

He would abuse the child repeatedly for two to three times a week over six years.

It is feared he also abused his other niece but there was not enough evidence.

The mother claimed it was obvious because she would never want to get close to him and acted strange around him. 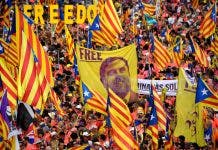