A FILM starring Jude Law and Blake Lively will be partially shot in Almeria.

Filming is currently finishing up in Dublin and New York, after which the film stars will make their way to Almeria to shoot the final scenes in the city and port.

Deputy of Culture, Antonio Jesús Rodríguez said the film will ‘generate wealth and employment in the area’ with more than 1000 extras and 250 crew to be hired.

The economic impact of production is equivalent to 5,000 overnight stays. 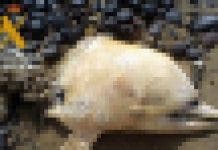