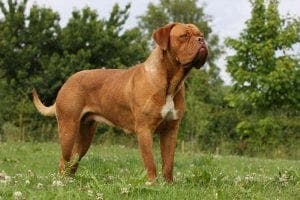 THE first ever trial in Spain for custody of a dog has begun today.

It comes after Spain changed its civil code to no longer consider dogs as possessions but ‘living beings’.

A Bordeaux bulldog named Leben will be the protagonist in the trial between its owners, who after their divorce want to determine who will take custody.

The trial is in Falset (Tarragona), with the ex-husband wanting to take the pup home to Andalucia.

In 2014, the ex-partner opened an animal recovery center where Leben was rescued after being mistreated in Madrid, where he was used for illegal fights.

According to the owner, the dog lived with him from the beginning, but his ex-wife is now claiming custody.