A BRITISH expat businessman who bought doomed retailer BHS for £1 has been found guilty of failing to provide information to the Pension Regulator.

Dominic Chappell, 51, who owns the Oasis Club in Marbella, was blasted by MPs for ‘his hands in the till’ approach and will now face an unlimited fine after appearing at Brighton magistrates court last week.


The conviction related to three written inquiries made by the regulator, that Chappell failed to reply to, and makes him the first person to face criminal charges following the BHS collapse.

Chappell’s defence relied on his inability to gain access to the offices, a large workload and a heavy cough that was in danger of aggravating a previous medical problem involving a detached retina.

District Judge William Ashworth said some of the evidence given by Chappell was ‘not credible’ with some of his explanations ‘making no sense’.

Following the decision, which took six-and-a-half hours to conclude, Chappell appeared outside the court to state his ‘disappointment and annoyance’ at the result and said he had already instructed his legal team to lodge an appeal.

This followed a parliamentary inquiry that stated he was among those ‘culpable’, but the sum is still £208 million short of the £571 million deficit.


Chappell is believed to have received £2.6 million in salary and fees during his 13-month spell in charge of BHS. He will be sentenced in Winchester on January 19. 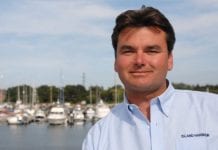