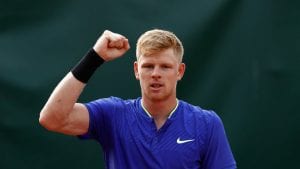 RISING British tennis star Kyle Edmund has been ruled out of the opening day of Team GB’s first-round Davis Cup match against Spain.

The Australian Open semi-finalist had been hoping to feature, saying he was ‘doing his best’ to recover from a hip problem he struggled with during his defeat by Marin Cilic in Melbourne last week.

Liam Broady and Cameron Norrie will play in his place in their first ever Davis Cup tie.

World No 165 Broady will take on 21-ranked Albert Ramos-Vinolas in the opening rubber on Friday.

The event is taking place at the Puente Romano hotel on Marbella’s Golden Mile.