AN evil animal abuser has been sentenced to five-and-a-half years in prison.

Under the landmark ruling, the horse trader, from Extremadura, was also ordered to pay €7,587 in veterinary fees for his surviving animals.

He was found guilty of 10 counts of animal abuse, one for each of the horses who died, and has also been banned from having animals for 15 years.

An investigation was launched after police from the Guardia Civil’s Seprona arm arrived at the man’s estate, near Caceres, on August 25, to find 10 horses already dead.

A further 10 were in a ‘heartbreaking’ state, according to a team of animal rescuers from Malaga. 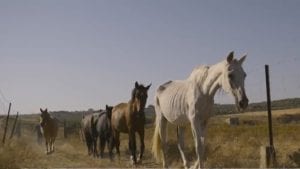 “When we arrived at the scene, what he found was heartbreaking,” said director of Antequera’s El Refugio del Burrito, Veronica Sanchez.

“Most of the animals were dead and in an advanced state of decomposition.

“Others were close to dying from starvation, and many had open wounds or deformed legs from being stuck in cages all their lives.”

The man, it emerged had dozens more mules and donkeys, none of which had microchips, nor did he have permission to own any of the animals. 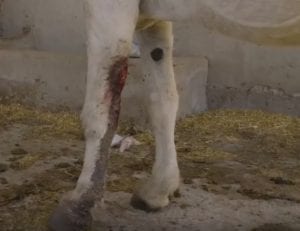 President of ADANA, Mary Paige, an animal charity in Estepona told the Olive Press the ruling was ‘a start’ but that the ‘sentences aren’t long enough’.

“I’d like to see a lot more done and for the authorities to react more quickly to complaints,” she told the Olive Press.

“The sentence was nowhere near long enough in my opinion.”