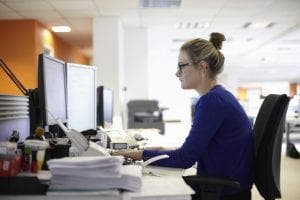 WOMEN in Malaga province are paid an average 22% less than men for the same jobs, new figures have revealed.

The unions have also voiced concerns that 94.2% of contracts signed by women last year in Malaga were temporary – with more than two thirds (68%) being less than a month long.

Part-time hiring, both in permanent and temporary contracts, showed a similar percentage (64.6%). Women also sign 50% more contracts of this type than men.

“This part-time hiring is not what women want, it is the only access to the market they have, so it is not only that we charge less but that our work is systematically more precarious,” said CCOO union spokeswoman Saray Pineda.

CCOO and UGT have pointed out that the salary gap in the Personal and Leisure Services sector is around 49%, while in other higher salaries, such as that of financial institutions and insurers, it is 35%.

“The woman works double, and with this overload can not aspire to promotion or be incentivised,”, said the unions, which have demanded a Law on Equal Pay.