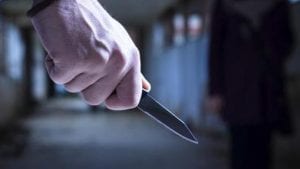 AN expat torturer who cut off a victim’s finger has been arrested on the Costa del Sol.

The 29-year-old was wanted on a European Arrest Warrant for kidnapping and torture back in his home country France.

The man was tracked down to a home in Marbella where cops swooped in to arrest him and begin proceedings to send him home to Nantes.

The fugitive, known as A.K., is suspected of kidnapping, torturing and holding hostage a victim in his hometown in December 2017.

He and three others tortured a man on the orders of third parties – most likely drug gangs – burning him, beating him and cutting off his finger.

He could serve 30 years if convicted.

The detainee has been placed at the disposal of the National Court.

Alex Trelinski - 6 Oct, 2022 @ 15:45
A car mechanic was seriously injured at his Utiel workshop after a large tyre burst when he was inflating it. The incident happened last Thursday...