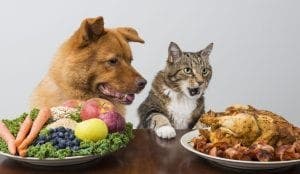 I SHOULD be a happy dog. I live in a beautiful place. I am walked twice a day at least. Nearby there is a river with loads of sticks that get thrown for me.

I have been asked to write my column for The Olive Press again so I return to being a celebrity dog.

If I had the necessary equipment, which I haven’t because all rescue centre dogs are ‘seen to’, I’d have loads of adoring bitches pursuing me.

However you can’t trust a human. Just when you think things are going well, he-and-she-who-must-be-obeyed make a bad decision, no, worse than that, a disastrous decision for their canine so-called chum. And almost as bad as the above!

How dare they? What is going through their tiny minds?

I’ve heard them muttering about cruelty to animals, saving the world’s resources, not wishing to see suffering …. Well what about me?

A huge bag of dried pellets and a couple of cups scooped into my bowl each day.  And that’s it… I know who is suffering around here and it’s not them.

There used to be scraps, occasional lamb bones, lovely chicken leftovers – and now it’s tofu burgers and if I’m lucky a fish tail.

This is not a good way to start a new season at Molino del Santo.

Last year there were left over rashers and sausages from the hotel breakfast. This year it’s as though a culinary drought has descended.

They just don’t get it.

If there are no more contributions from me, it may well be because I’ve faded away through malnutrition: we all know whose fault it will be.

To commiserate with Eddie, or send him some survival tips, email info@molinodelsanto.com

Anthony Piovesan - 7 Oct, 2022 @ 13:30
Another hair-raising incident involving a wheelchair on Malaga’s roads has been captured on camera.  The person was filmed on Thursday trying to cross a busy...