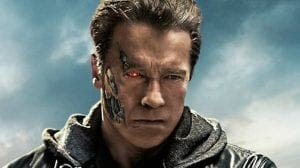 HE’S easily one of the most famous characters in global cinema.

Now the Terminator – famous for the phrase ‘I’ll be back’ – has returned to film for the latest sequel around Andalucia this Spring.

Played by Arnold Schwarzenegger, Terminator 6, also starring Linda Hamilton has been in Almeria for two weeks.

The film crew have taken over the small hamlet of Isleta del Moro, in Cabo de Gata, until this Friday.

A number of scenes have been filmed in the area, as well as in neighbouring Murcia.
The locations and logistics are all being handled by an expat owned film company, based in Malaga.

Schwarzenegger last visited Spain in 2014, when he attended a bodybuilding competition in Madrid. He previously filmed Conan the Barbarian in Almeria, in 1982.