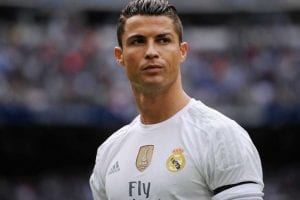 REAL MADRID have confirmed that Cristiano Ronaldo has left the club to join Italian champions Juventus.

In a statement released on Real Madrid website, the Portuguese midfielder said: ” These years in Real Madrid, and in this city of Madrid, have been possibly the happiest of my life.

I only have feelings of great gratitude for this club, for this hobby and for this city. I can only thank all of them for the love and affection I have received.

However, I think the time has come to open a new stage in my life and that is why I asked the club to agree to pass me by. I ask everyone, and especially our followers, to please understand me.”

He has helped them win the Champions League in four of the past five seasons, scoring in the 2014 and 2017 finals.

It is being reported that deal is worth €105 million, making him the most expensive club signing for the Italian champions.

Juventus are due to play Real Madrid in pre–season tour of America on August 4.