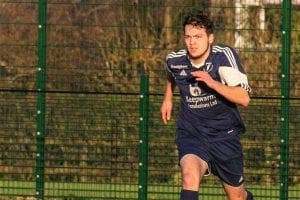 TALENTED footballer Michael Jones, 21, from Bolton, had been on holiday in Benidorm with friends early July when he tragically toppled over railings of a hotel room balcony.

In his early years he played for both Manchester United and Manchester City and went on to play semi-professionally with other teams including Walshaw Sports Club, Bolton Town, Bury FC Academy and Ramsbottom United FC.

Michael’s parents have flown to Spain to talk with authorites and have spoken out on Facebook saying “Cherish your children, tell them that you love them deeply, you never know if and when they will be taken from you.”

Funeral or repatriation details haven’t yet been announced.