SINCE Spain’s first immigration law was passed more than three decades ago, the nation has gone through a significant transformation.

A country that was once culturally and ethnically homogenous now has over five million foreign-born residents who comprise about 11% of the total population.

This shift in demographics has pushed Spain to integrate new cultures and backgrounds. In facing this unfamiliar situation, many myths and and misconceptions have risen regarding migrants, their intentions, and their impact on Spain.

Here, the Olive Press attempts to debunk four common myths about these newcomers.

Islamist radicalization of Arab migrants in Spain was found to be lower than that of Belgium, the UK, France, and Germany. In fact, César Alonso-Borrego, an economics lecturer at the Carlos III University, insists that immigration does not cause higher crime. He claims there is a weak correlation between the two, in which crime rates have increased very slightly with the rapidly growing pace of immigration, but one does not cause the other.

Migrants reap off government benefits and the welfare system

Most migrants don’t have comfortable lives and government benefits are often out of their reach.

Their struggle to meet daily needs begins as soon as they land.

Regardless of their hardships, their tax and social security contributions still cover 20% more than the cost of the benefits they use.

Immigrants actually contribute more to healthcare system by paying for the services they need and not collecting the benefits.

It cannot be denied that drug trafficking is a pressing problem in southern Spain, but migrants and drug traffickers should not be confused.

The province of Cadíz, which is the largest entry point in the EU for illegal drugs, suffers from high volume of drug trafficking because of its proximity to Morocco, a major drug producer, not because of migrants fleeing regional conflicts and economic hardships.

Migrants harm the economy and take jobs from local residents

An increase in migration does not cause a proportional increase in unemployment of local Spanish workers.

One study by the Technological Institute of Tapachula, in Mexico, found that when the proportion of immigrants increases by 10%, the employment of native workers decreases about 0.2%. 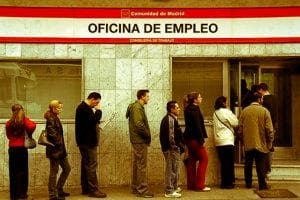 This low substitution rate is because migrants work in labour-intensive fields that many natives find unappealing.

In Spain, more than 80% of working migrants are in the service and construction industries, integral parts of Spain’s GDP.