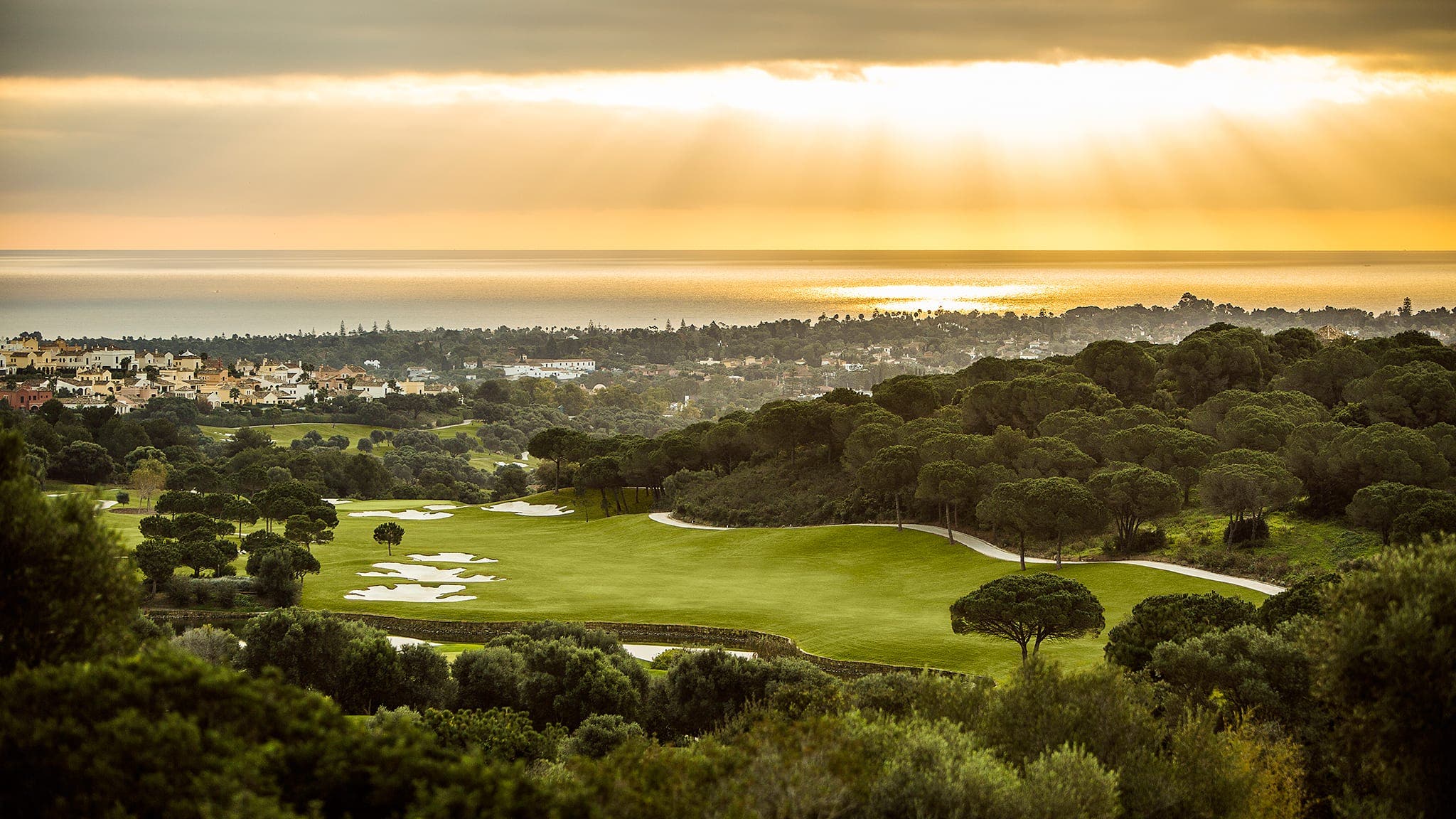 I AM surrounded by lush matorral vegetation, a pungent mix of broom, wild palms and olives and a small smattering of oaks.

The air is pine fresh and the overall sensation is one of silence, only occasionally broken by birdsong and the squawk of a juvenile Booted eagle high up above me.

In the distance I can see Africa and the peak of Gibraltar, while in the foreground I look down to Sotogrande port, a mere five minutes drive away.

This is easily one of the most exciting new developments in Andalucia today.

A completely virgin area in rolling hills near the Alcornocales Natural Park, the La Gran Reserva project comprises hundreds of hectares of land, but with less than two dozen properties.

“Yet you can be in Sotogrande port in just a few minutes and it’s wonderful for families, with kids being able to cycle, walk or horse-ride around the area in total safety,” explains Sotogrande SA brand manager Juliana Velez.

Even better, as of this summer, a stunning new lifestyle project opened some 400 metres below.

The so-called La Reserva Beach is a breathtaking inland lagoon and restaurant, which counts on 2,800 square metres of shoreline and a nearly a dozen activities for the family including water sports, tennis and padel courts. 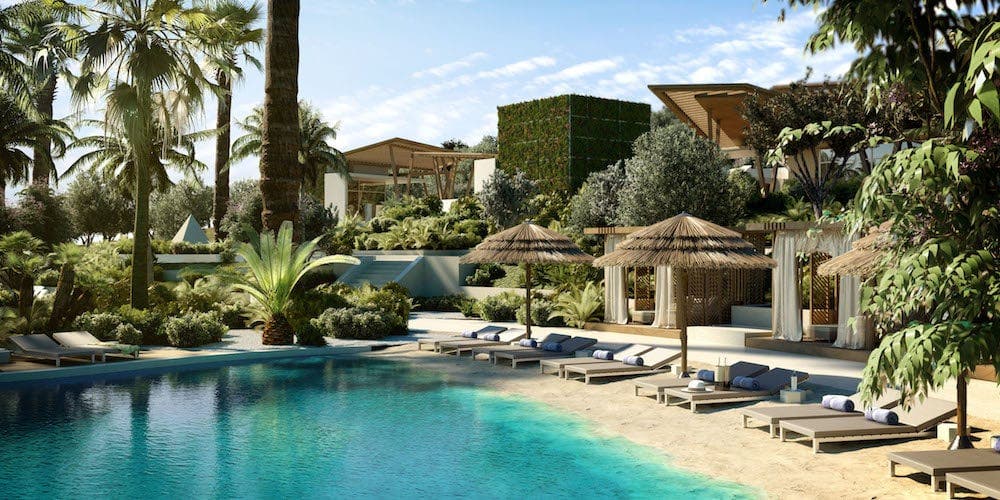 After it opened in June, next to La Reserva golf club, it became one of the coast’s most-talked about attractions, and it surprised everyone by bringing in 35% more visitors and turnover than bosses had initially predicted.

This has gone hand in hand with the adjacent golf course finding itself as Europe’s 36th best golf resort, according to Golf World, read by 128,000 UK golfers a month.

The second-highest new entry, it was lauded for its general ‘feelgood factor’ as well as for its ‘excellent’ restaurants, great service and the practice facilities which are ‘among the best’ in Europe.

The course meanwhile won ‘Best Service’ at the World Golf Awards in Slovenia and is included in the World’s Top 100 golf courses and ranked 9th in Spain, rated for its wide fairways, ‘large and beautifully maintained greens and gentle yet challenging undulations’.

Now December is almost on us and the Beach has closed for the winter season, Sotogrande’s bosses have turned their attention to finishing the landscaping and planting of the La Gran Reserva, as well as beefing up security and laying the foundations for the first villas.

The series of stunning properties sit in an enclave that can only really be compared to La Zagaleta, in nearby Benahavis, but with better communication and much nearer the beach.

In one of the lowest density developments in Europe, buyers have a choice of two different options, ‘The 15’ and ‘The Seven’.

The first, a series of 15 plots around 5,000m in size, come in from around €3m for the land, with a range of architects available for the design and build, while the stunning ‘Seven’ project comprises seven of the most amazing properties (see pullout) to be built in Spain.

“We have not officially started marketing the 15 yet, but the plots are pretty much ready to buy,” explains sales rep Vanesa Butron, who showed me around the site.

“Each house will be well integrated into the landscape, blending into nature and with lots of wood and stone and only natural building materials,” she adds.

“All will have a very high end finish, geared towards high net worth individuals and if buyers want to use their own architect they will have to adhere to our standards and we will maintain the right to have the final say to maintain the general quality and style.”

Nearby, buyers will have to move fast to acquire one of the four villas left in the outstanding separate gated-community of El Mirador, which has direct access to the golf course and is already approaching completion.

Created by leading local architecture firm Ark, each villa is different in style, with price tags from €6m, and with landscaping and views to the maximum. 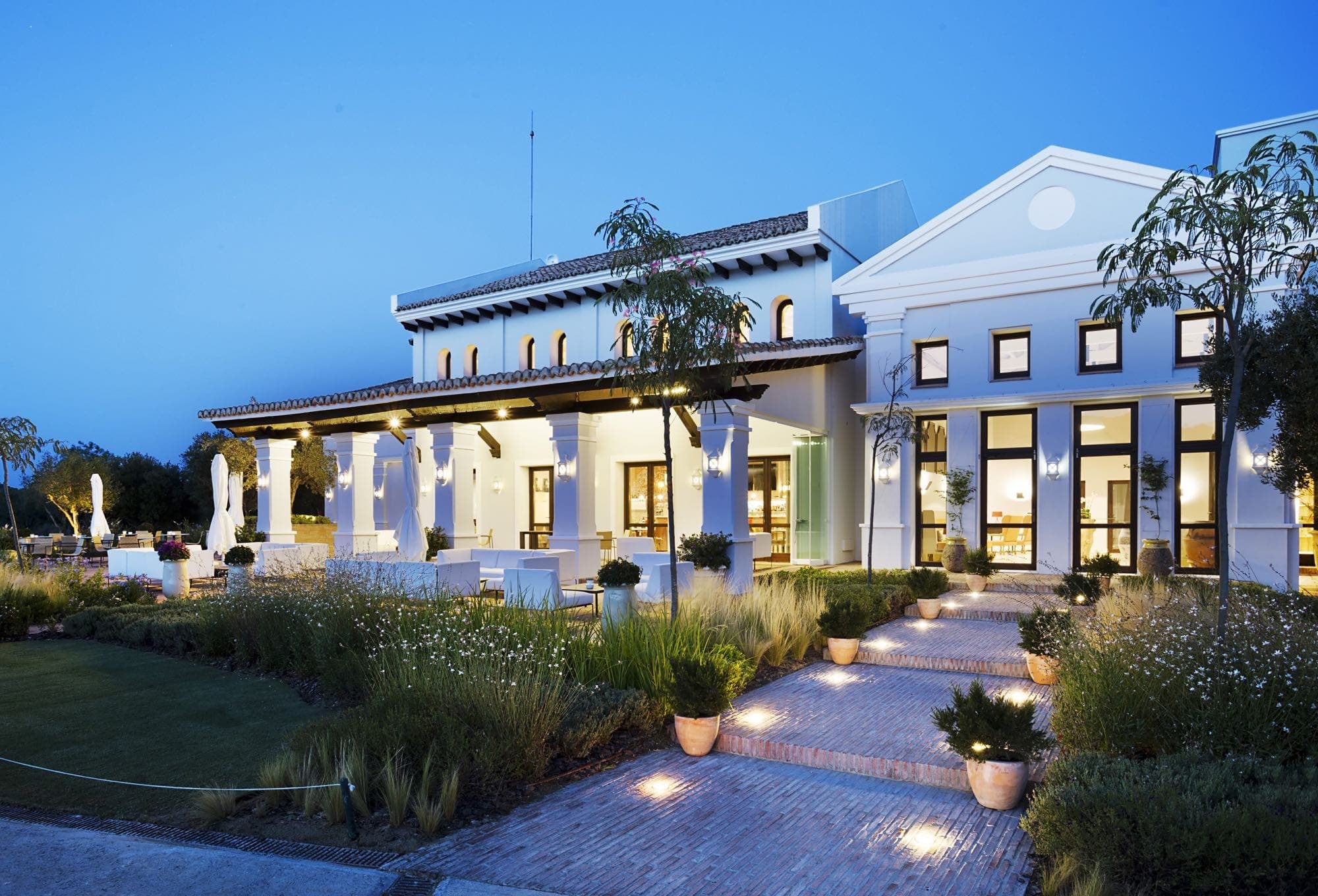 Finally a nearby series of homes in the so-called La Reserva Collection start at €2.5m for a four to five bed villa.

“All four projects are a lot more than just owning a property,” explains Juliana Velez, who has worked in La Reserva for four years. “We are selling a luxury lifestyle perfect for families both to live or as a second home.

“La Reserva is the perfect place to reconnect with yourself and your family and our high level of service is key.

“Everything here is about authenticity, low density living, space and quality. As simple as that.”

TAKE seven leading international architects, give them seven generous plots and command blue sky thinking, but with authenticity and nature as part of the mix.

This is the concept behind The Seven, an amazing seven villa gated-community set in 10 hectares of virgin woodland in the hills above Sotogrande.

With leading French landscape gardener Jean Mus sculpting this ‘patch of Provence’ in Andalucia, it is set to be one of most exclusive developments in Europe.

The price-tag starts at €15m and each home counts on at least a hectare of plot as well as guaranteed uninterrupted mountain and sea views.

The seven architects include London’s Gumuchdjian studio, that has worked on the Centre Pompidou-Metz and Kew Gardens, and also won awards from the RIBA in the UK.

They also include Brazilian architect Marcio Kogan – of Sao Paolo’s Studio MK27 – for his first Andalucian project. His Kogan Villa is a delight for its use of space and wood, which is no surprises for a studio that has won over 200 awards.

Swede Andreas Martin-Lof has created a wonderful internal garden that cleverly frames the Rock of Gibraltar, while Valencia-based Fran Silvestre has gone big on landscaping and environmental touches.

Having designed the amazing Erasmus Bridge in Rotterdam, Ben van Berkel, voted the A&W architect of the year, was always going to create something stunning, while Norwegian architect Jan Jensen is big on nature and brings his Viking spirit to Sotogrande for the first time.

Finally, local architect Manuel R. Moriche, from ARK in Sotogrande, has come up with a stunning modern design with an indoor and outdoor pool to make up the Seven.

DATES FOR YOUR DIARY

IT is a busy month ahead for Sotogrande with more events than ever taking place within its leafy borders.

As ever there is a big focus on culinary events, and the Christmas street market will be a key focus in December in the marina.

One particular date for your diary should be December 15 when there will be a Santa’s grotto, live music, as well as food and drink, all organised by Sotogrande International School.

It will certainly be a great time to take a visit to the Blue Marina zone, where most of the restaurants will have special festive menus, including pick of the bunch Don Diego, which has a series of special Christmas menus.

Up at La Reserva club, there are a series of fabulous Xmas menus at excellent restaurant L’Olive.

Chef Cristina Gutierrez (one of Andalucia’s top female chefs) will be undertaking a couple of ‘show cooking’ events geared towards Christmas on December 5 and 19.

There are also a series of excellent Christmas menus for companies, which start from just €20 a head for a basic cocktail and tapas menu, and from €55 for a proper sit down meal.

La Reserva are very proud sponsors of the upcoming Sotosol Walk and Fun Run, which is taking place this Sunday (nov 25) through the reserve hills.

The popular annual event is organised to raise money for local girl Danii Toni, who attended the local Sotogrande International School and has gone on to university in the UK, despite having cancer.

The Danii Cancer charity was set up to help her battle with leukemia, and it has so far raised nearly €180,000 for three different causes, including the children’s oncology ward at Hospital Virgen del Rocío in Sevilla.

You can walk or run 5km or 10km routes, starting and finishing at Sotogrande International School.

Great for all the family, why not bring your dogs and enjoy the fresh air and exercise even if you are not competitive.

This really is an event for everyone, so get a team together, pick up a t-shirt from outside the school and get involved – the more the merrier!