A SCOTTISH holiday maker has died after an alleged fight with other Brits in the Little England area of Benidorm.

Police have launched an ongoing investigation and an autopsy is set to be held later today.

A National Police spokesman in Alicante said: “I can confirm a 33-year-old British man has died on the street in Benidorm.

“He was from Scotland and was on holiday in the resort.”

The spokesman added: “The investigation so far has determined that moments earlier according to witness testimony, the man participated in a fight with other people who appear to be other British people who were also holidaying in Benidorm.” 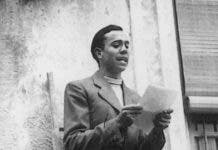 Simon Wade - 27 Sep, 2020 @ 14:15
The Blue Shark (Prionace glauca) is a species of requiem shark which inhabits deep waters in the world's temperate and tropical oceans