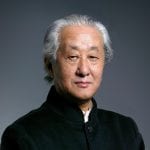 The 87-year-old maestro was crowned the winner of the 2019 Pritzker architecture prize for his decades of thought-provoking and original work.

Regarded as a visionary who helped foster an architectural dialogue between east and west, Isozaki was behind several projects in Spain including the Palau Sant Jordi, still the largest indoor sports arena in Spain. He created the 17,960-capacity complex for the 1992 Summer Olympic Games in Barcelona, siting it partially below ground to draw focus to the surrounding hillside.

He is also known for designing an inflatable concert hall.
The jury for the Pritzker noted: “In his search for meaningful architecture, he created buildings of great quality that to this day defy categorisations.”
Isozaki was born in O?ita on the island of Kyushu, in 1931.

The 1945 atomic bombing of nearby Hiroshima had a profound impact on him as a child.

“I grew up on ground zero,” he recalled. “It was in complete ruins, and there was no architecture, no buildings and not even a city. Only barracks and shelters surrounded me.