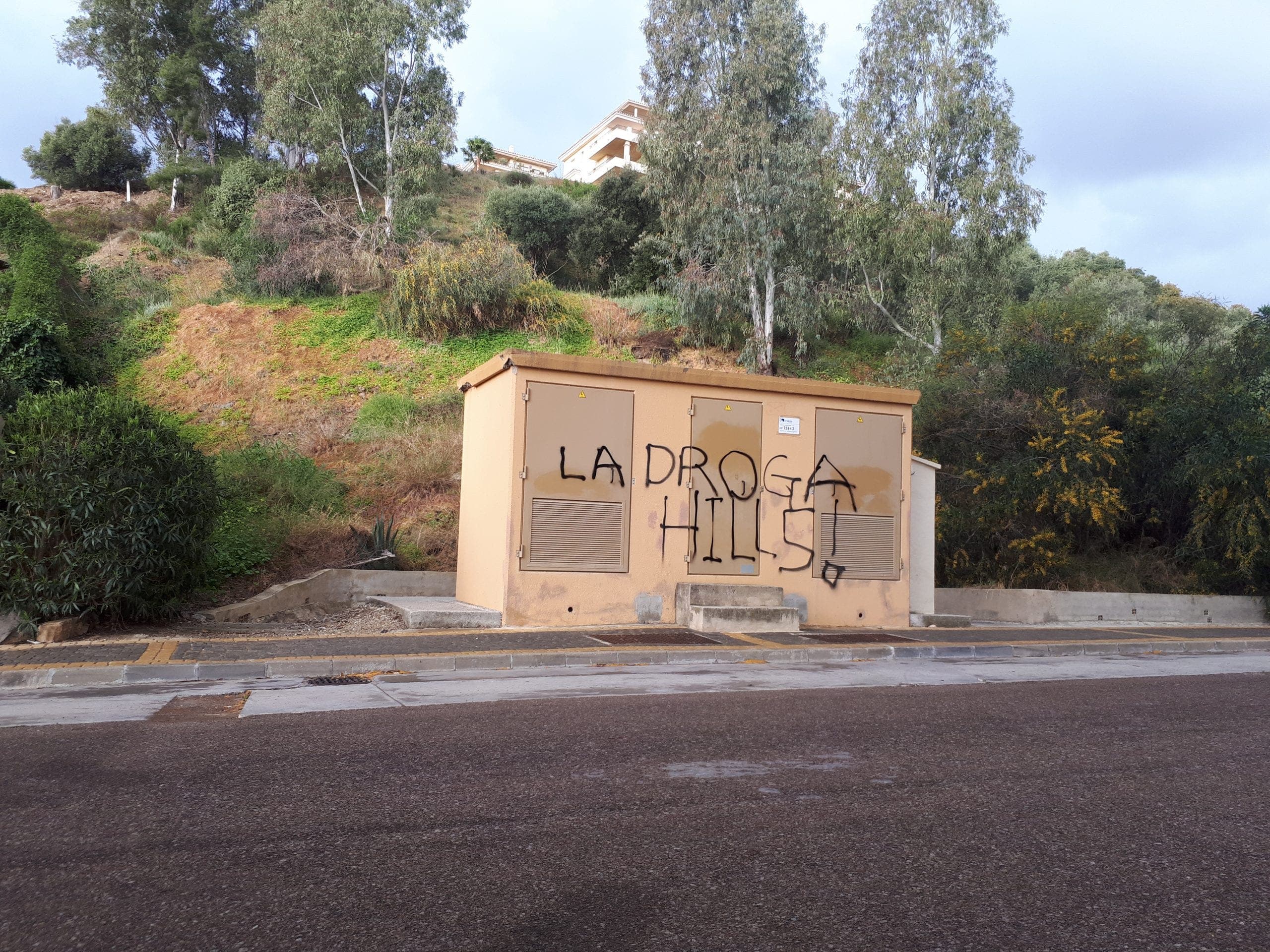 BRITISH expats and locals have woken up to a series of graffiti scribblings dubbing their urbanisation ‘The Drug Hills’ this morning.

At least three walls of the La Cala Hills urbanisation, in Mijas, have had the words ‘La Droga Hills’ spray painted on them overnight.

One of the tags was outside a kids’ park.

British expat Bridget Smith told the Olive Press: “I have children that live on here so I am concerned and especially with it being written on the kids park, it’s alarming… an absolute disgrace.” 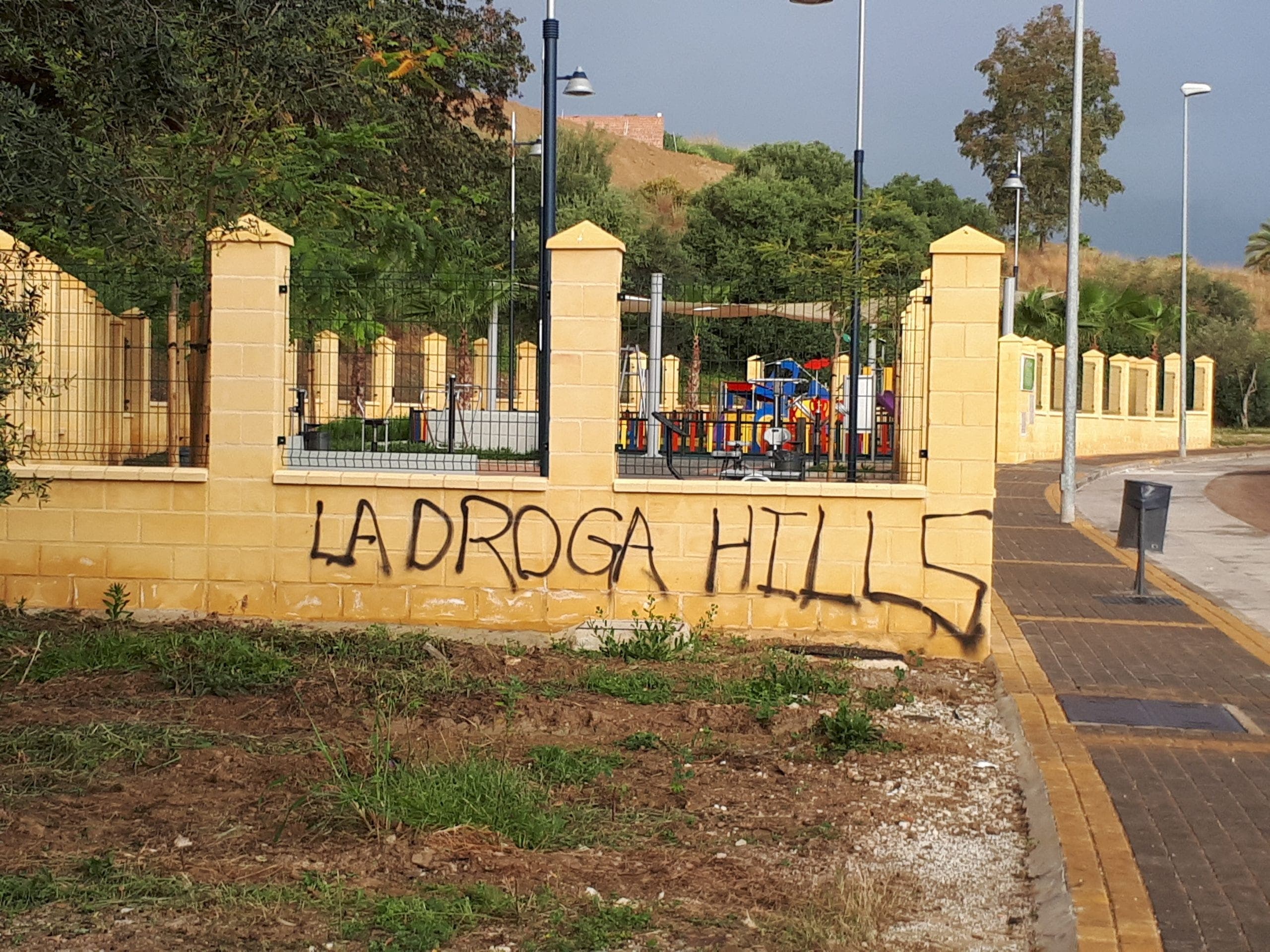 It comes just a few days after an international drug smuggling ring operating between Morocco, Mijas and France was busted.

The network, made up of French nationals, transported cocaine and hashish from Morocco and Algeria to Malaga before stashing the drugs in hidden compartments on vehicles. 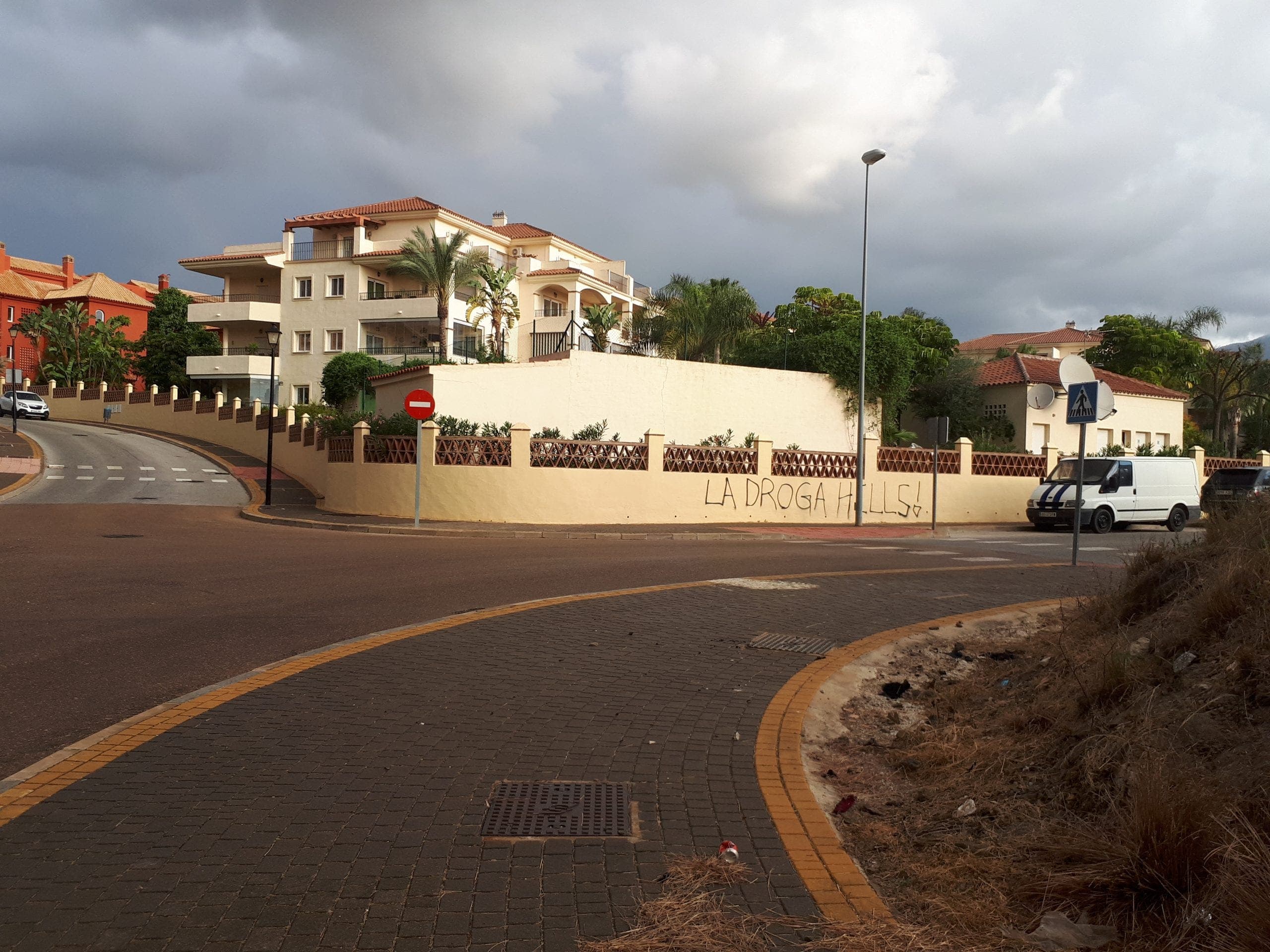 Ten were arrested after Guardia Civil and French Judicial Police seized 46 kilos of cocaine and 500 kilos of hashish in a joint operation.

The arrests were carried out in Arenas, Mijas and on the outskirts of Paris.

The drugs were hidden in double bottoms of vehicles which were accessed via the number plates.