AN ENTIRE British football team has been hauled off a plane at Alicante Airport by Guardia Civil for being ‘drunk and disruptive.’

Passengers cheered and applauded when the amateur side was removed after they acted aggressively on board and ignored requests from the flight crew.

Neither the players or the team have been named but it has been reported they flew to Alicante from Bristol.

A Guardia Civil spokesperson said: “When the plane arrived officers from the Airport Security Section had to remove the 25 members of an amateur British football team.

“During the flight they had displayed an aggressive attitude, causing public order problems and bothering other passengers and ignoring requests by the flight crew to calm down.”

Although none of the men have been formally arrested they are expected to be hit with large fines.

The spokesperson said: “Most of them also clearly appeared to be under the influence of alcohol.” 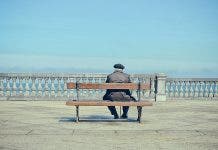