GIBRALTAR’S Chief Minister Fabian Picardo has lead congratulations after Meghan Markle has given birth to a baby boy.

The Duchess of Sussex gave birth to the newborn prince at 5:26am local time on Monday, her first child with husband Prince Harry, the Duke of Sussex.

After being a week overdue the royal tot was finally introduced to the world, weighing 7lbs 3oz, and both mother and baby are understood to be ‘doing well’.

Picardo said in a letter to the new parents: “On the joyous occasion of the birth of your son, I send my congratulations and best wishes on behalf of her Majesty’s Government of Gibraltar and all the Queen’s loyal subjects on the Rock.

“May this new member of the family fill your lives with blessings and joy.”

Harry and Meghan announced the news of their first child via their shared Instagram account and said ‘more details will be shared in the forthcoming days’.

Meanwhile, a beaming Prince Harry joked about only getting a couple of hours sleep, and told the media the ‘little thing is absolutely to-die-for’.

The Queen is apparently ‘delighted’ by the news, while Meghan’s mum Doria Ragland, who was with her daughter, is apparently ‘overjoyed’ about becoming a grandma for the first time. 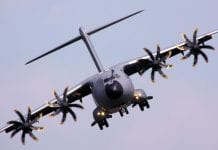