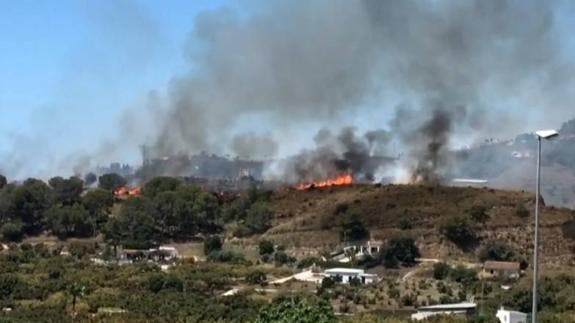 A BRITISH expat has been arrested over a forest fire which broke out in Nerja today.

The 43-year-old is believed to have confessed to lighting a small fire to burn some rubbish in the Cerro de San Isidro area.

Strong winds, which have been blowing for the past few weeks, matched with the area’s dry vegetation, meant a blaze soon erupted and spread rapidly.

The Brit is now facing charges of starting a fire through negligence.

The fire was brought under control at around 8pm this evening, according to INFOCA.

It raged for around seven hours, causing evacuations of several homes.