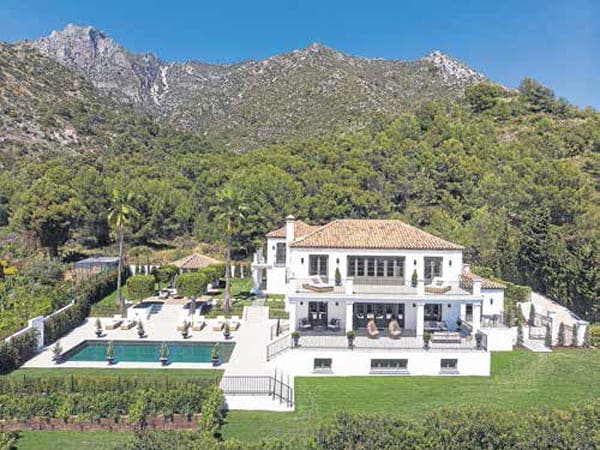 LAST year was another year in a growth cycle that started in 2013 in Marbella.

It began after the market finally bottomed out in 2012 and by 2015 there began a strong demand for new modern villas and apartments being built in the area.

This shift of focus from cheaper distressed buys to wanting off-plan lifestyle properties, with the latest mod cons, started first in Marbella, as well as Mallorca and Ibiza, before being followed along the Costa del Sol and in the key cities of Barcelona, Madrid and Valencia.

In a country the size of Spain with such a diverse market, some regions are only now beginning to feel the effects of recovery, just as others fear their property sector might be peaking.

There was a widely reported drop-off in enquiries and sales in the second half of last year, albeit with a rallying of activity towards the end of the year.

And this appears to also apply to Marbella and the Costa del Sol, which drive much of the growth in Málaga province – itself one of the most dynamic property markets in Spain.

Sales for the so-called Golden Triangle (Marbella, Estepona and Benahavís) had been rising since 2011, with the exception of a small dip in 2016 caused by the after-shock of the Brexit referendum.

The number of transactions registered rebounded in 2017, with strong international demand and a resurgent British market, yet in 2018 it stabilised due to a relatively poor showing in the second half of the year.

Estate agents reported a pick-up in enquiries at the end of the year, but by and large the stabilisation has continued into 2019.

What does this mean? Not necessarily anything too ominous, as it wouldn’t be such a bad thing if we were to hold on to the present level of sales activity, but in reality, a slowdown in growth is usually followed by a drop, not an extended period of level activity.

It’s therefore important to look at the possible causes behind the latest trend.

Marbella’s tourist and property segments were among the early lights leading the Spanish economy back to growth levels hovering between 2.5 to 3% for some years now.

The unemployment rate and debt have gradually declined, and the overall outlook for the country is reasonably good.

Marbella is a bit of a national indicator, as it tends to be ahead of the curve economically, and it’s in part due to the fact that it is so dependent upon and in tune with the broader European economies.

Demand from these sources has been solid for some time now, driven primarily by new-build modern homes and – in spite of the fact that banks are lending again and interest rates are at historic lows – predominantly by cash buyers.

And yet, just lately there has been a tailing off of demand, which seems to indicate something is afoot.

The factors at play

It is tempting to blame Brexit, but before we do let’s analyse things closer to home.

We can all agree that there has been a ‘white revolution’ of modern properties going up since the construction machine cranked back into life around 2012.

The first new projects sold so well that it became clear there was a shortage of such homes relative to an eager demand, but now we seem to be approaching a situation where supply has caught up with demand and is in danger of surpassing it.

This is nothing new, as we’ve experienced it before, and it seems to be confirmed by a record number of new projects in Málaga province being signed off by the Colegio de Arquitectos (Institute of Chartered Architects) in 2017, and then again in 2018, when it increased by 57%.

Is this an over-supply?

This translates into a record number of new projects entering the market and, while they are smaller in scale than during the boom of the 2000s, there is a worrying lack of variety, as many seem to focus on the same mix of design, amenities and price range.

The greatest drop in sales has been seen in the lower-to-mid range, which appears to be suffering from a degree of oversupply and over-competition.

The top-end of the market looks to be more robust, and those brave enough to veer away from the lowest common denominator are finding rewarding niche segments in the market, though in Marbella, where there is a shortage of new projects, the scenario is different.

It is clear that a combination of oversupply and high prices are beginning to have an adverse impact on the market.

Earlier projects saw developers buy the best plots of land cheaply, build at a lower cost and sell faster, yet now land values have risen faster than the properties built on them.

Construction costs meanwhile, are also putting pressure on investors’ margins, and the rising house and square metre prices are beginning to put buyers off – especially in a market with so much choice and the best locations taken.

High prices are not sexy unless you’re in an upwardly mobile economy, and while top-end buyers are willing to pay a premium for well-located properties, the recent rise in popularity of cheaper areas, such as Manilva, indicates that the lower half of the market is coming back.

The market for renovating and modernising older properties is one that remains solid and is gaining in popularity again.

A number of specialised businesses have had success updating existing villas shows that buyers are happy to consider a resale property as long as it’s appealing.

Furthermore we have noticed a little fatigue with modern, white minimalist styles, with buyers flocking back to a more classic-contemporary blend.

The fashion continues to be for open-plan living, as well as terrace pools and/or jacuzzis, as well as entertainment areas, home automation systems, fast WiFi and 24-hour security.

Environmental credentials and energy-efficient homes are also more important than before, with indigenous Mediterranean landscaping winning out over subtropical gardens.

Some developments are even incorporating organic vegetable plots into an overall philosophy of wellbeing. This is a growth area along with more eco-friendly construction.

Location is still king, and while we’ve not yet seen the cross-branded luxury residence that is taking foot in luxury markets elsewhere (think Armani villas or Cartier apartments), a property that carries the signature of a ‘starchitect’ carries more allure and a higher price tag.

This is also true of sea views, which can fetch up to 25% more, while golf and country club locations can add 15% to the value.

The Kempinski resort in Estepona was the pioneer in the area back in 1999 and it will be joined by the Costa del Sol Princess in Estepona, while Marbella will soon see the opening of Club Med as well as Four Seasons and the W Hotel, both offering branded residences.

Limited supply combined with a frontline beach location makes the Golden Mile a prime address with prices per square metre reaching over €20,000. Other established areas are similarly still much in demand, and while much of the recent growth has been in up-and-coming zones such as the New Golden Mile, Estepona West, Marbella East and La Cala, they still have some catching up to do in terms of intrinsic appeal.

While Marbella solves its planning issues, Benahavís, Estepona, Ojén and Mijas have stepped in to absorb much of the recent growth in what can generally be described as a broadly beneficial spreading of development and investment.

It has levelled the playing field a little and given developer and buyer alike a broader range of options than before. For now, however, we’re witnessing a cooling off of demand in the new areas, as they too see prices rise perhaps more quickly than the market can carry right now.

In the end, an area as dependent upon the international market as Marbella cannot ignore the macro movements at play, be they economic, political or a combination thereof.

Brexit has clearly had an effect with a drop in British buyers, while the Catalan situation doesn’t cast a positive spell over Spain in general and Catalunya in particular, but it has driven some investment to these shores.

The recent oscillations in rentals legislation and lack of tax reform have done the market no favours, but even the virtual abolition of inheritance tax within the Autonomous Region of Andalucía has had a positive knock-on effect.

While market conditions have got a little tougher in the past few months we haven’t officially entered anything near a recession or downturn.

If anything, construction, sales and rising prices will continue moderately for some time to come, but if we’re to avoid choppy waters it pays to look potential threats in the eye and be prepared for them.

Not doing this in the past cost us dearly, so Marbella needs to work at being creative, offering quality and value, and hope price levels even out in the near future.

With further infrastructural improvements, as well as new prestigious hotels, a new dynamism is coming to the Marbella area, and let’s not forget that homeowners can still get 3 to 4% net return on short-term holiday lets, while the long-term rentals market is similarly strong.

All in all, once Brexit is behind us there are more than enough reasons to remain optimistic.