AN overwhelming majority of our readers are NOT offended by the term ‘expat’.

That’s the result of our online poll which asked ‘Do you find the use of the word ‘expat’ to describe British and foreign nationals living in Spain offensive?’

The vote came after a barrage of emails to the newsdesk complained of the Olive Press’ use of the word, requesting that it be switched out for ‘resident’ or ‘immigrant’.

However a snapshot of our readers’ opinions revealed that two thirds were not bothered by the term.

The results were repeated on Twitter, where 68% votes said they did not find the term offensive. 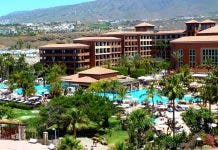 REVEALED: The protocol in place to battle coronavirus on Spain’s Costa del Sol and what to do if you think you are infected

Laurence Dollimore (Digital Editor) - 25 Feb, 2020 @ 09:30
MORE than 1,000 tourists have been placed under quarantine in Tenerife after an Italian doctor staying at the resort tested positive for coronavirus. According to...