Jennifer Lopez, or J Lo as she is more often referred to, is one of the very few standout icons of our era. Having started her career in 1991 when she worked as a dancer, she made a move into acting in 1993. She has continued to be a successful singer, dancer, actor, fashion designer, producer and businesswoman, for almost 3 decades.

As I approached MareNostrum at Sohail Castle last night, it was obvious that this woman was as popular in Spain as she is in the rest of the world. The beach and paseo were absolutely jam packed with people, and getting into the venue was chaotic and stressful. But once in my seat I found myself getting swept up in the Spanish enthusiasm for being tightly packed into small and loud spaces. 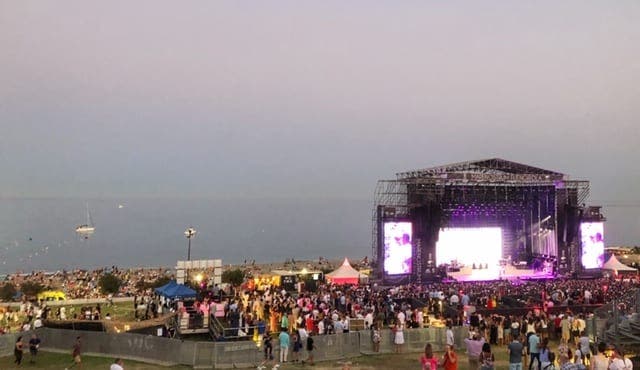 As we waited for the arrival of J Lo, the MC built the crowd up into a peak of frenzy by playing upbeat music and shouting ‘J Lo’ every so often. Then when J Lo came on to the stage half an hour late, nobody cared, the crowd went wild.

I was sitting up high watching down on a mass of jumping bodies, screaming and waving. She didn’t disappoint in any way, she is a woman who commands your attention, from the outfits, the dance moves, the mane of hair that seems to be constantly windswept, and her voice. She really is a consummate performer that rarely comes around these days. 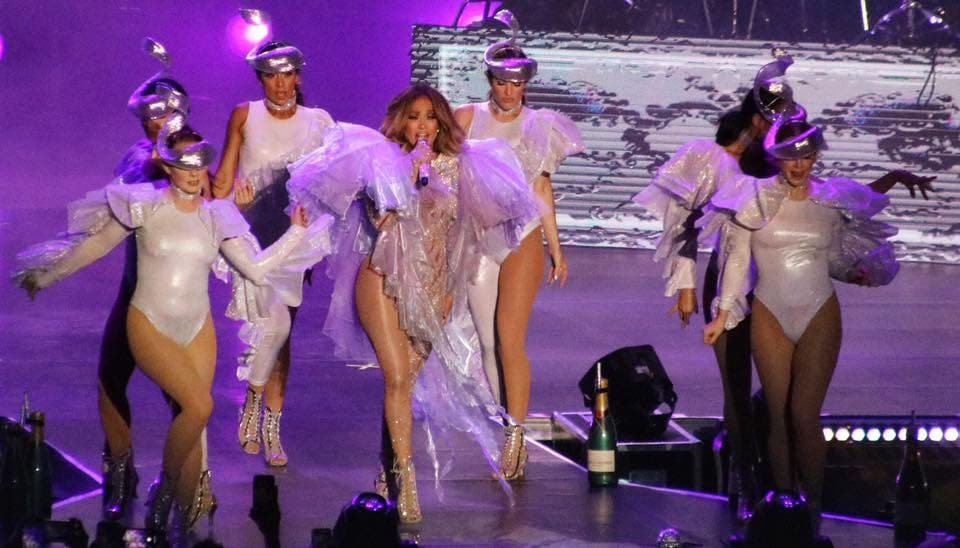 Proving her down to earth personality, which she is often cited as having, J Lo stripped down to a revealing half cut body suit and said in both Spanish and English, ‘I have come in my birthday suit’. She made a point of speaking to the crowd in both languages and at one point the audience laughed at her and she responded with, ‘hey don’t make fun of my Spanish’. Never have I been to a concert whereby the audience and performer are so engaged with one another.

The two hour concert was high octane throughout and J Lo sang many of her most well known tracks. The energy of this woman, this being her 50th birthday concert tour, was relentless. She barely broke out into a sweat. She looked as fresh after two hours of singing and dancing in perfect tune and beat as she did when she first entered the stage.

Her performance of ‘Jenny From the Block’ seemed more real as she exuded genuine warmth of character and lack of pretentiousness in her interactions with the crowd. 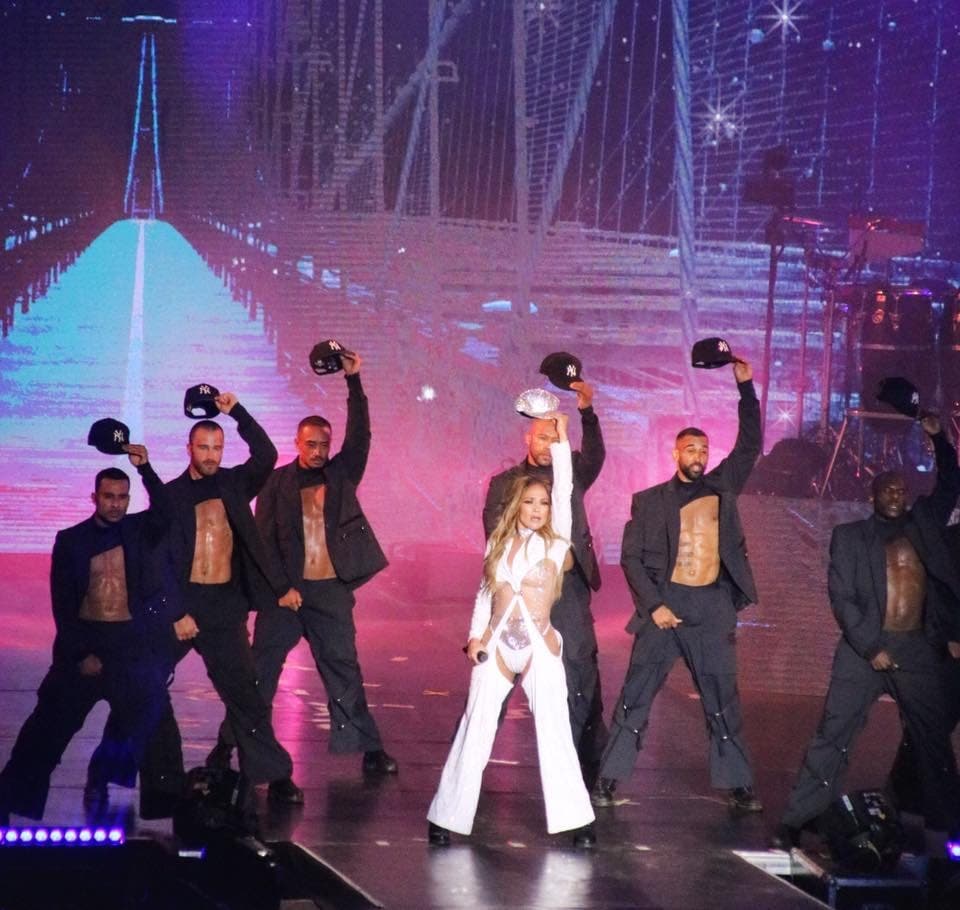 Perhaps one of the most moving performances was when J Lo sang ‘Limitless’, which she explained was a mantra she lived by and hoped to pass on to her children, that life and achieving can be limitless. She interspersed the song with ‘Titanium’ by Sia before her daughter Emmie whose father is Marc Anthony, joined her onstage in a matching red dress to sing with her mother.

The absolute highlight of the show for the large majority of the audience was undoubtedly the songs that J Lo sang solely in Spanish. The crowd erupted to another level as old and young took to their feet and sang, danced and clapped their way through ‘Te Bote’, ‘Te Guste’ and ‘El Anillo’. In typical Spanish fashion they really let go and when they do it is electric and ever so slightly overwhelming at times. 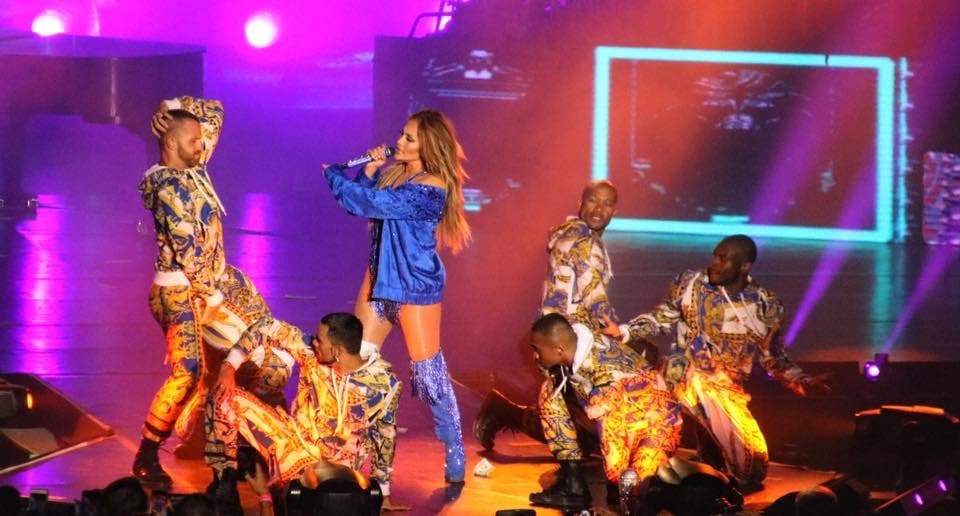 For me personally, the highlight was, ‘On the Floor’, her penultimate performance of the night. Prior to the performance, dressed in a luminous green bodysuit she stood on the stage alone and jumped up and down shouting ‘Espana’ into the crowd. The crowd responded by singing ‘ole, ole, ole’ which is the Spanish chant often given to people who have given an exceptional performance.  And it was an exceptional performance that she gave from start to finish. J Lo seemed genuinely touched as she held her hand to her heart, and I felt that Spain and the Spanish culture held a very important place within her as a Hispanic woman. 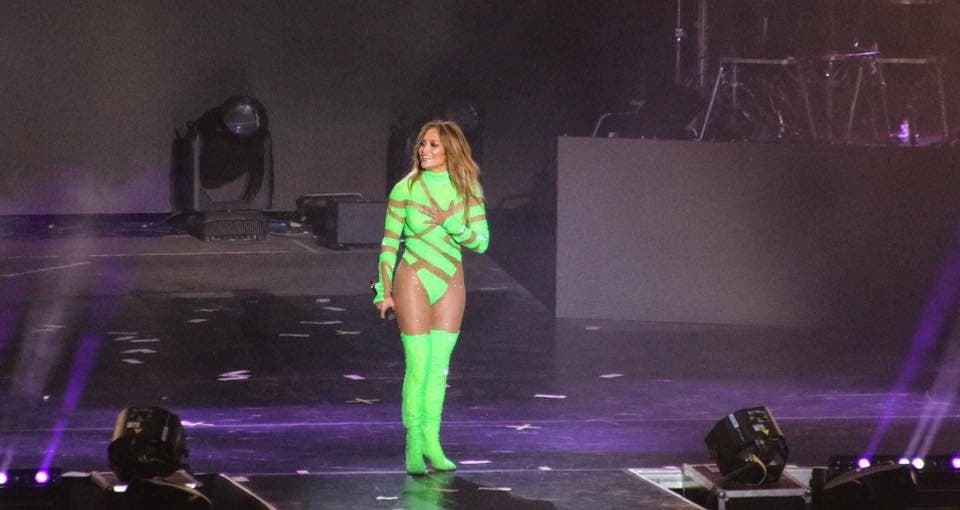