FORMER England striker Michael Owen has revealed his love affair with Spain – and regrets leaving the capital after just one year.

The ex-Liverpool star revealed that the happiest time of his life was taking holidays in Ibiza as a youngster.

The 39-year-old revealed that his first break on the White Island was at the age of eight and that he had been back many times since.

He revealed he still returned to the Balearic island with his family every year and still misses living in Madrid, where he played for two years.

Despite the disappointing stint at Real Madrid between 2004 and 2005 he described Madrid as a ‘brilliant city’.

“I got into tapas and local delicacies like jamon pata negra.”

The language, culture, and lack of playing time contributed to Owen’s departure from Spain to Newcastle a year after his arrival.

It is a decision he regrets to this day, believing he should have stuck it out. 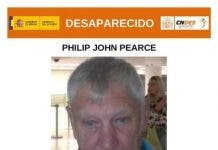