A MONEY laundering scheme involving a luxury restaurant has been brought down in Andalucia.

In a dramatic raid last week, police seized €650,000 in cash from the popular Pure Estrecho in Algeciras.

The money, allegedly made from the sale of drugs in the Campo de Gibraltar, was found stashed in a pipe.

The restaurant is well-known in the area and is one of the most expensive in the city.

Investigators had spent a year digging into the money laundering network which involved a drug trafficker and the owner of the restaurant.

Known only as J.M.A.C, the trafficker has a history of drug-related crimes and had created two trading companies which ‘served’ the restaurant, owned by a man known only as S.M.G.

The pair allegedly used the companies to funnel huge amounts of drug money into the business, making it appear legitimate.

In addition to the two arrests, authorities seized two luxury vehicles and 12 properties related to the network.

One of the detainees has been locked up without bail while the other has been released ahead of a trial. 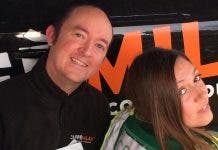