MALAGA city council have put an €8 million plot next to the city’s former tobacco factory up for auction, as part of a drive to meet the growing demand for office space in the city.

The 7,660 square metre site is open for bids from developers who intend to construct offices there.

Councillor for land management, Raul Lopez, has said a dozen companies have already expressed interest in the land.

Four of these have already put forward detailed plans of developments they have lined up for the sites.

The plot next to the city’s ex-tobacco factory has previously been posited as the potential location for a 230 room hotel and more recently the headquarters of the Medicines Agency.

The Tabacalera plot is the first of five locations that the city council intends to sell off to developers to build offices. 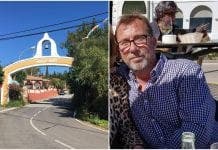