BORIS Johnson has said Brexit is the ‘irrefutable’ decision of the British people after the Conservatives stormed to victory in the UK general election.

The Tories added 86 seats to gain a majority, picking up Labour leave voting seats in the North and Midlands.

It is their biggest majority since Margaret Thatcher’s election victory in 1987.

Johnson is now expected to pass his Brexit bill through parliament by January next year.

The Tories have pledged to end freedom of movement as part of their Brexit plan.

Historic Labour leaving seats turned blue over the course of the night, including Bishop Auckland, Bolsover and Workington.

The DUP won eight seats, Sinn Fein picked up six, Plaid Cymru gained four and the Greens and the Alliance party one each.

The Conservatives took Kensington, which covers the area where Grenfell Tower is, back from Labour after the remain vote was split between the Labour incumbent Emma Dent Coad and the Liberal Democrat candidate Sam Gyimah.

Jo Swinson, who lost her seat in Scotland to the SNP, has already stood down as Liberal Democrat leader.

In her losing speech, she warned against a ‘wave of nationalism’ sweeping both sides of the border.

Despite shedding 59 seats and achieving its worst result since 1935, Labour still won more votes than in 2005 when Tony Blair won swept to victory for a third time. 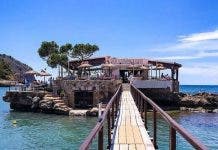 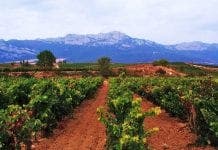