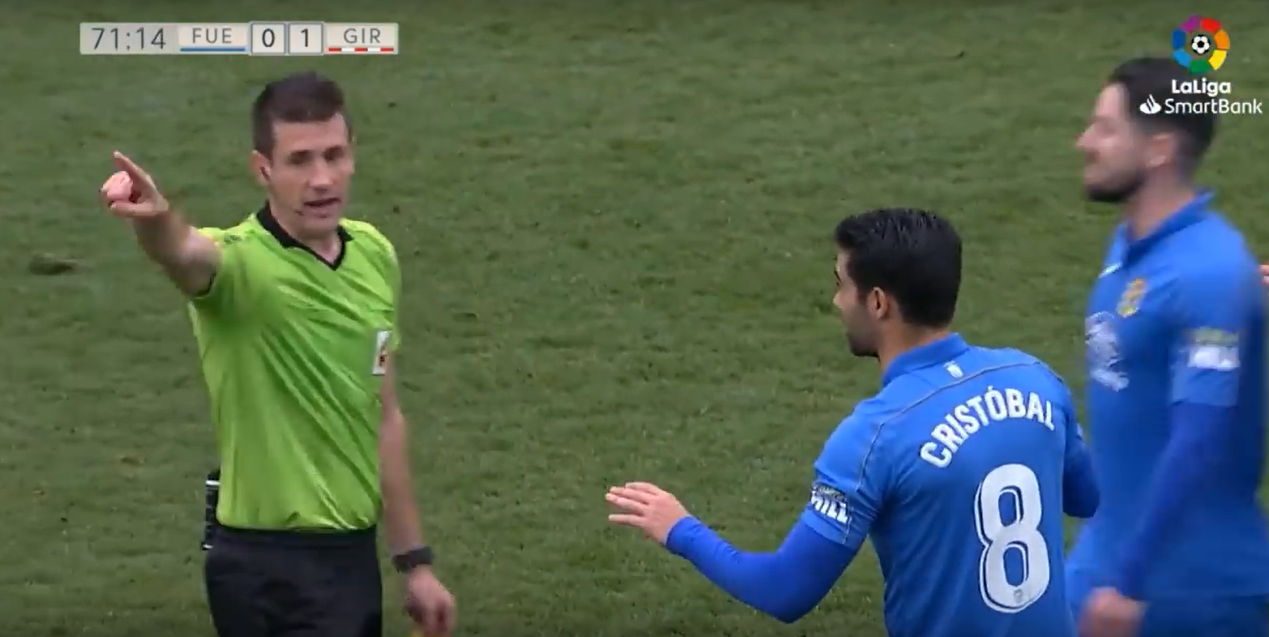 A SPANISH footballer has had the dubious distinction of being red carded twice in a Liga 2 match.

Fuenlabrada midfielder Cristobal Marquez was sent off 25 minutes into the second half of the second tier match against Girona by referee Isidro Díaz de Mera.

However, after reviewing the play through the VAR, he decided he had been too hasty and withdrew the red, settling for a yellow card instead.

By this time Marquez had already retreated to the changing rooms, so he was hastily called back.

But his reprieve did not last long.

Before the ball had even come back into play, he got involved in an argument with Girona’s Alex Granell.

He was promptly shown a second yellow card and had to make the long walk back to the changing rooms all over again.

Alex Trelinski - 20 Jan, 2022 @ 17:27
A drugs mule was placed into a coma at a Barcelona hospital after part of his smuggled cocaine stash burst in his stomach. Police say...