The alarm has been sounded over the lower Segura River by the mayors of Guardamar, San Fulgencio, Dolores, Rafal and Daya Nueva.

They claim the channel is so shallow because of 30 years’ build-up of sediment and vegetation, it makes flooding increasingly likely after storms.

The five top officials visited Guardamar del Segura where a screen collects some of the solids that float down the river.

Guardamar mayor Jose Luis Saez said: “This [proposal] is of great importance, it will drastically reduce damage to the lands of the Vega Baja.”

They took the opportunity to tell the gathered press that immediate actions were also required on the N-332 to prevent it from acting as a dam, holding back flood waters only for them to burst through with catastrophic effect.

The head of the PSPV-PSOE in Les Corts Valencianes, Manuel Pineda, is urging the Segura Hydrographic Confederation (CHS) and the Spanish government to dredge the river and raise the N-332 as soon as possible.

He said: “We cannot forget that one of the biggest problems of DANA last September was the accumulated water in the Segura channel, and the threat posed by the barrier that is the N-332.

“We have to redouble the efforts towards a new approach and adapt to the new climatic circumstances to prevent more catastrophes like last September.”

Do Olive Press readers think that raising the N332 in certain places is a viable option? Please tell us via mewsdesk@theolivepress.es 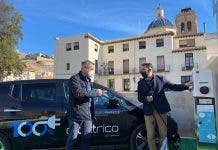 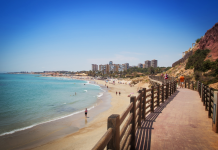 Alex Trelinski - 28 Jan, 2021 @ 11:58
TENTATIVE signs are appearing of a slight slowing down of new COVID-19 cases and hospitalisations in the Valencian Community.